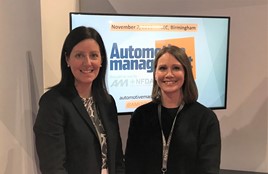 An automotive sector social club aiming to give the industry’s female employees an informal place to share ideas, experiences and key contacts is thriving three years after it was founded.

The Ladies Automotive Club, which was founded by RSM’s head of automotive, Alison Ashley, and Tracy Ellam, director of automotive for Mazepoint, back in 2017, held its sixth annual bi-annual meeting at Harvey Nicholls’ Birmingham store following Automotive Management Live 2019.

And with the social meetings having taken in three separate city locations and a variety of members having attended the six meetings held by the group so far, both founders have hailed the project as a “resounding success”.

Ellam said: “Our priority is creating an informal environment for women to get together with like-minded people in an informal setting and share experiences with.

“I’ve been in automotive for 25 years. It’s been fantastic and I have thrived. Where I am now is as far away from the industry as I’d want to be.

“From day one the group’s been about informal support and a social space, but if young people see the passion that myself and other members of the group have and that helps them consider a career in the sector, then all the better.”

Between 20 and 25 women have attended each of the six Ladies Automotive Club meetings to date from a variety of car retail, manufacturer and supplier roles.

The meetings include a speaker and advise on a variety of health and professional issues, according to Ashley.

But she and Ellam, and fellow member Sally Smith, the director of innovation at Corkills Motor Group, who joined the pair at Automotive Management Live 2019, insisted that their aim remained a social one and was not designed to campaign for an increased number of women in the sector.

"We'll leave that to people like the UK Automotive 30% Club," said Ellam.

Ashley added: “Everyone’s welcome to attend the meetings. We’ve had a really good mix now and it’s a really valuable forum for those who attend. There are some really inspirational members and I think that if that gets under the skin of fellow group members that’s all the better.”

Smith said: “It makes no difference in our industry whether you are a male or a female. It’s my belief that the sector’s as open to women as it is to men.”