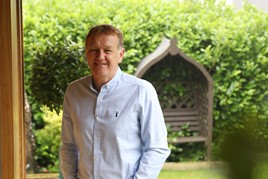 Bell, who spent more than five years in his prior role at BPF before the announcement that it would withdraw from the automotive finance sector earlier this year, will be responsible for the regional sales function that works with independent and franchised motor retailers in his new role.

“I have worked in partnership with Evolution during my previous role and have followed their success with interest,” said Bell, who brings over 20 years of motor finance experience to Evolution, having spent three years with First National Motor Finance before joining BPF in 2003.

“It is therefore exciting to be joining the company at such an important time in its transformation. I am looking forward to working with my team to achieve Evolution’s ambitious growth plans.”

Coverdale will have overall responsibility for the regions, key accounts, and leisure as part of a restructure which will aim to afford Coverdale the opportunity to focus on Evolution’s sales strategy and sales force effectiveness.

Coverdale said: “We are delighted to welcome Keith on board. Not only does he have a wealth of industry experience and strong relationships with the big dealer groups, but there is also a lot we can learn from Keith through his previous positions.

“There is strength in combining the agility and dynamism of a business such as Evolution with the process and culture of a corporate enterprise such as Barclays. We look forward to working with Keith to leverage the growth opportunities.”

Back in October the business said that it would be looking to improve its consumer-facing motor finance proposition following the appointment of Kirsty Watson as head of consumer engagement.

Watson’s arrival at Evolution follows the appointment of Paul Saggar as its chief innovation officer and Adam Small as its head of operations back in August.

Saggar joined the team from Capita Travel and Events, part of Capita plc, and brought over 20 years’ of CIO experience in software development, IT infrastructure, data science and digital customer experience development, while Small arrived with over 17 years’ experience from his previous role with Capital One.

The new arrivals joined the business in the same month that its claimed no fewer than four awards at the Car Finance Awards 2019.