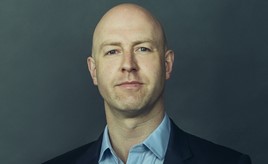 O’Brien, formerly Audi UK’s head of sales, interim Audi UK brand director and director of Seat Ireland, will start his new role in July after moving from a role as Audi of America executive vice president and chief operating officer.

Carl zu Dohna, meanwhile, will move into his new role after five years as director of Volkswagen Commercial Vehicles.

Commenting on his new appointment, O’Brien said: “Having worked in three different markets and in a range of roles spanning fleet, aftersales, product, used cars and sales, I’m ready to immerse myself in Volkswagen Commercial Vehicles, and looking forward to leading the brand through an exciting time.

“Not only is the world in a unique place right now, but we are also on the cusp of launching the all-new Caddy, our first electric vehicles (EV) and adding the ID. Buzz to our range.

“We have a fantastic heritage, and a fantastic future to look forward to, supported by a strong network of Van Centres and our Working With You promise.”

“His broad experience will be an asset to the team, and as a former director of Volkswagen Commercial Vehicles, I know it’s a great place to be.

“I’d also like to thank Carl for his tremendous contribution over the last five years, and taking the brand from strength to strength.”

Yesterday (May 5) AM reported that Volkswagen Commercial Vehicles’ UK head of marketing, Sarah Cox, had been appointed as head of marketing for the German brand’s car operations as it launches into a new era of electric vehicles (EV).

Cox assumes responsibility for all of the brand’s marketing activities, working closely with colleagues across the company, as well as agencies and retailers, and replaces Geraldine Ingham, who has now moved onto a new career with Facebook.