The digital automotive retail finance specialist has a target of doubling its revenue within the next three years.

Richard Tavernor, iVendi COO, said that the latest appointments had been made in order to "strengthen the company’s leadership team" and "enhance service across all areas of the business".

Daniel Glenn has been appointed as senior vice president of technical operations. Since joining in 2020, he has been responsible for expanding iVendi’s technical teams and, in his new role, will represent them at board level, working with the company’s executive teams to help deliver on its multi-year strategy.

Ian Jones has become vice president of client delivery, responsible for the strategy, management and delivery of service through iVendi’s client delivery centre, which focuses on maintaining and enhancing iVendi’s levels of service and support. He joined the company in 2017.

Jana Jones has been named as vice president of marketing and communications. She has been with the company for two years and, as well as overseeing the marketing function, will deliver a robust internal and external communications strategy while contributing to organisational strategic planning.

Hector Riva-Palacio is the new vice president of leadership and talent development. He joined iVendi last year as head of learning and development, introducing a comprehensive leadership training programme. In his new role, Riva-Palacio will be responsible for ensuring that the company continues to develop future talent with the aim of helping employees realise their full potential.

Rob Severs has become senior vice president of products and insight. He has a wealth of industry knowledge and expertise, and has spent much time leading and supporting iVendi’s product teams since joining the company in 2016, facilitating the launch of a number of key new products.

Alongside the vice-president appointments, Ryan Corner has been appointed to the position of head of sales operations, another new role created to support the business’s goals in the UK and Europe. He has been with the company for five years.

Tavenor added: “We know from experience that all of these people are highly capable, have made strong contributions to iVendi’s past successes and should continue to play a key part in the company’s future development.

“These expansion targets, which we previously announced towards the end of 2021 are extremely ambitious but we have made a strong start and are confident that these new promotions will help us to reach our goals.” 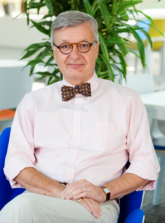 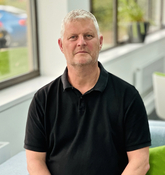