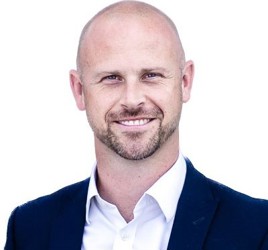 Group 1 Automotive has promoted its director of operations Mark Bridgland to the post of managing director – ending 22 months without an MD.

The US-based AM100 car retail group has been without an MD since Darren Guiver departed to "take time away from the business” in November 2019.

Now 39-year-old Bridgland will take the helm, assuming responsibility for the company’s human resources, finance and other support functions in the UK in addition to oversight of dealership operations.

Group 1 president and chief executive Earl Hesterberg said: “Mark has spent 20 years working in the automotive industry and over the past nine years at Group 1 has been instrumental in the success of our UK operations.

“We are pleased to expand his role to managing director as his background and proven leadership make him an ideal candidate to assume this important role.”

As of year-end 2021, Group 1 operated 75 franchised sites operating from 55 locations across the UK.

News of the impressive start to 2022 came three months after its annual financial results for 2021 showed a 27.2% increase in revenues as gross profit rose 40.7%.

Commenting on the Q1 2022 result at the time, Group 1 president and chief executive Earl J. Hesterberg said: “Our record profit performance this quarter was the result of continued strong consumer demand and outstanding operational performance across all business segments in the US and UK.”