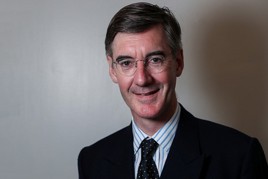 The new prime minister Liz Truss has appointed Jacob Rees-Mogg to the post of business secretary and Anne-Marie Trevelyan to the post of transport secretary, both responsible for policies critical for the success of the UK motor retail industry.

Trevelyan, a former chartered accountant who first entered the House of Commons as MP for Berwick-upon-Tweed in 2015, is passionate about the natural environment but has shown interest in local automotive firms over time, including a visit to dealer group Tustain Motors in Alnwick during 2020 when she met its managing director David Storey, and applauded British Volt's decision to invest in a new battery plant at Blyth. 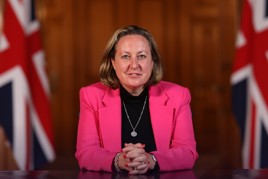 She was minister for energy, clean growth and climate change at the Department of Business, Energy and Industrial Strategy from January 2021 to September 2021.

A member of the All-Party Parliamentary Group for Historic Vehicles, Rees-Mogg told London's Evening Standard at the time that his latest daily drive was an "elderly Lexus". 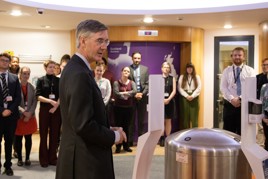 He now heads the department responsible for the UK Government's strategy on climate change.

"As business secretary my overriding mission is to deliver affordable and plentiful energy to the British people and to make the economy as efficient, innovative and dynamic as possible. This will be the department for growth," said Rees-Mogg on Twitter last night.

As Truss was confirmed as prime minister earlier this week the Society of Motor Manufacturers and Traders welcomed her with the message that "reducing the cost of doing business must be a priority".

Motor retail businesses face the prospect of taking uncommon measures to cope with their increased cost base, such as relaxing corporate standards to reduce energy usage.

Last month the National Franchised Dealers Association wrote to the then chancellor of exchequer Nadhim Zahawi and secretary state for business, energy and industrial strategy Kwasi Kwarteng urging government support for the industry to combat the ongoing energy crisis.