Franchised car retailers may be forced to set aside manufacturer standards and don jumpers and jackets in showrooms to mitigate against the impact of soaring energy costs.

That is the reality spelled-out by Pebley Beach managing director Dominic Threlfall as he battles to strike a balance between reducing business costs and offering support staff struggling to cope with the cost-of-living crisis. 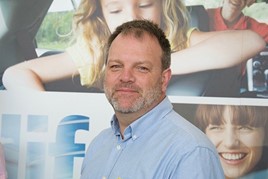 Threlfall said that he was nervously awaiting the results of an energy contract renegotiation which would get underway in two months’ time, adding: “The reality is that, as a sector, we may reach the point where we have to wear jackets in the showroom and I fear people will be doing the same at home.”

He added: “Manufacturers are going to have to change to accommodate this kind of thing because drastic changes will have to be accommodated. Dealership facilities cost a shedload to run.”

Car retailer's energy woes have deepened greatly since an AM News Insight feature revealed many could be compelled to turn out the showroom lights and accelerate decarbonisation as energy price rises start to impact margins in November last year.

Russia's invasion of Ukraine has heightened the issue alongside the global car manufacturing crisis.

Devonshire Motors dealer principal Nathan Tomlinson told AM that his business was facing increases of over 250% to his business’s gas bill and 350% to electricity after its own energy contract renewal as the end of this month.

Tomlinson said that prospect of soaring costs was causing him to rethink the way it both uses and controls its energy, along with how the business is fundamentally managed. 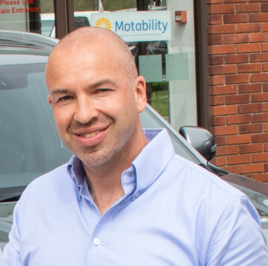 He said: “The level of focus, management and goal orientation now being applied to energy management is typical of all the things we do well in order to increase gross profit.

“Quite candidly, you can probably invest yourself in energy and resource management and make more impact on the bottom line than you can by intense involvement in the day-to-day operations and the classic overall dealership aims of selling either another car, part or labour hour.”

On the day that the Conservative Party announced the UK’s new Prime Minister Liz Truss, Threlfall said that the new PM would need to implement a strategy that protected both households and businesses this winter.

He said: “I have huge concerns about the impact on our workforce. As a small business we have an open-door policy and we’ll help people all we can. There’s huge anxiety for people right now and that results in lower productivity and can impact customer service. It’s in our interests to help all we can.

“But there’s also a threat to business. Government’s policies have to address both things or people will be forced to cut headcount from the payroll.”

Tomlinson said: “I’m genuinely worried for businesses, but I’m equally worried for the already tired and disillusioned general population who are facing a really difficult combination of inflation, recession, surface level narrative that is constantly negative, and new friction in all the things that previously ran smoothly.

“I think we have to make some bold moves as employers, in fact in general, to show that people do have control of the things we think we don’t.

“It’s still easy to make a difference, probably even easier than ever, and those that do will be very well rewarded no matter what the future holds.”

After Liz Truss was confirmed as the UK's new Prime Minister today, the Society of Motor Manufacturers and Traders' chief executive Mike Hawes said she "faces immense challenges, not least the urgent need for measures to mitigate the crippling effect of skyrocketing energy prices on businesses and households.

"Reducing the cost of doing business must be a priority."

The SMMT had previously warned that the new Prime Minister will put jobs and economic growth at risk unless fast, focussed action is taken to mitigate against soaring costs in the manufacturing sector.

Last month the National Franchised Dealers Association wrote to both the Chancellor of Exchequer Nadhim Zahawi and Secretary State for Business, Energy and Industrial Strategy Kwasi Kwarteng urging government support for the industry to combat the ongoing energy crisis.

By October, energy bills for dealers are expected to have risen by an unsustainable 250%, the NFDA says, and it proposes a subsidy that would comprise of 25% in the value of the increase in a dealership's electricity bill over the past six months and would last for a year.