At Swansway, 'staff are treated like they are part of an extended family' 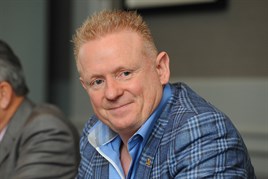 AM100 dealer group Swansway Garages has marked its fifth year in The Sunday Times Best Companies to Work For list and prides itself on treating employees like family.

However, this only works because there is genuine commitment from senior personnel, according to Peter Smyth, who, along with his brothers John and David, is a director of the family-owned North-West of England motor retailer headed by his father, Michael Smyth, chairman.

Peter Smyth said: “We’ve created a culture where staff are treated like they are part of an extended family. But just like family relationships, it doesn’t just happen, you have to put in huge amounts of time and effort to make it work. You need buy-in from the top and not just at the highest level, but at each strata of management.

“Not surprisingly, exceptional communication is crucial, but that also means being a good listener and acting on any issues raised as well as genuinely appreciating the people who work for the business and recognising their contribution to the group’s success.”

One of the ways Swansway recognises that contribution is its annual long service awards, but it also organises a family fun day and, once a quarter, one of the Smyth family hosts an awards lunch to recognise the group’s ‘unsung heroes’. Another initiative, known as ‘dinner with David’, allows any employee to put themselves forward for a group business lunch with David Smyth at nearby Crewe Hall to discuss any issues and opportunities for the company.

Swansway uses a range of tools to engage and inform its workforce, including an intranet, flatscreen displays on the walls at every dealership that show business performance and staff achievements. It also posts a bi-monthly newsletter, Your Way, to every employee’s home, full of news about company projects, events and praise for unsung heroes and team members who have excelled at their job.

Smyth said it operates an open door policy, an approach he believes has helped establish an environment where employee engagement is not just encouraged, but flourishes. In addition, the group runs a ‘buddy’ scheme, which allows employees to vent their frustration off-the-record.

Swansway Group employs 678 people, whose comments in The Sunday Times Best Companies to Work for survey recognised their bosses’ willingness to tackle any task and their passion for the business as being one of their own key motivators. Employees said senior managers embody the company’s values and gave them a top-30 score of 77% positive while their chairman Michael Smyth also received a sound vote of confidence.

“The survey responses reflect our belief that you will only create a truly engaged workforce who are motivated and committed to over-delivering in terms of customer care and performance, if you are prepared to live and work by those values yourself, which in turn leads to high levels of employee engagement,” said Smyth. 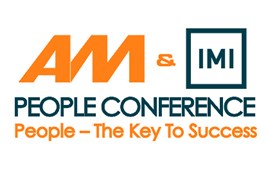 Tickets are available to dealers and manufacturers, with a limited number of supplier tickets on sale. To book, please contact Emma-Louise Kinnaird on 01733 395133, email emma-louise.kinnaird@bauermedia.co.uk or visit www.ampeopleconference.co.uk