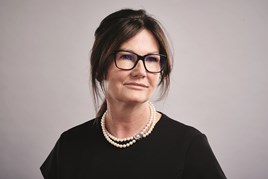 BCA Marketplace has reported a 28.8% rise in revenues as the growth of WeBuyAnyCar.com and growing auction volumes took effect in the six months to October 1.

Avril Palmer-Baunack, Executive Chairman said: “Against the changing landscape of the European automotive and transportation sector, I am very pleased with the first half performance, which was at the upper end of market expectations. BCA continues to grow and go from strength to strength.

BCA Marketplace’s UK vehicle remarketing operations increased revenues from 333.1 million to 456.7 million in the reported period as volumes exceeded half a million units, reaching 512,000, up 6.9% on the same period in 2016.

BCA Partner Finance also continues to add liquidity and buyer demand in the marketplace, BCA said it its statements.

BCA Marketplace said: “This product is an integral part of our proposition to dealers and we have expanded the product offering to include the financing of part exchange vehicles for selected BCA Partner Finance customers along with our new dedicated auction sales programme for our partners.”

During the period to October 1 BCA Marketplace made a number of changes to its UK operations.

Palmer-Baunack said: “Our expanded Automotive Services offering has performed well overall through increased de-fleet, refurbishment, logistics and linked services. Integration of the acquired businesses has resulted in our own transporter fleet now providing one-third of all auction vehicle movements for our UK Remarketing division, driving internal efficiencies. The structures and capabilities we have put in place have made the Group stronger, more service orientated, agile and efficient.”

Markets analyst Mike Allen of Zeus Capital, said that BCA had performed “above expectations”. He added: “The trading outlook is positive, with the H1 performance at the upper end of management expectations.

“Management remain confident in hitting full year expectations, and we continue to believe BCA is well positioned from an organic growth, operational efficiency as well as M&A perspective if the right opportunities come along.”