Euro Car Parts founder Sukhpal Singh Ahluwalia has resigned his position amid changes at the top of the aftermarket supplier - 40 years after starting the business with £5,000.

The aftermarket car and van parts giant officially announced the move this week as it announced that ECP Group chief executive, Martin Gray, was also leaving the business.

Andy Hamilton has been appointed CEO of the ECP Group, effective immediately.

Sky News reported that the departure of Ahluwalia from his positions as a director of Euro Car Parts’ parent company LKQ Corporation and as executive chairman of ECP Group had come at a time when the business was looking to implement a "swingeing cost-cutting programme", according to its sources.

Nasdaq-listed LKQ Corporation bought ECP for £280m in 2011 is expected to make changes aimed at saving millions of pounds annually after a 40% fall in LKQ's share price in the last 12 months, it said.

ECP currently employs about 12,000 people in the UK, but the business refuted suggestions that "large scale lay-offs" would be part of any cost cutting measures, suggesting that reports to that effect were "false".

Commenting on the departure of Sukhpal Singh Ahluwalia this week, Dominick Zarcone, president and chief executive Officer of LKQ Corporation, said: “Sukhpal has been a key partner with LKQ over the past seven years as we have quadrupled the size of our business in the UK, and he has served as a valued LKQ board member.

“While we will miss his insights, we respect his desire to spend all his time focused on the family property business and wish him nothing but the best in those endeavours.”

Ahluwalia said: “ECP has been my life’s work and there will always be a bit of the company in me.

“I have enjoyed my relationship with LKQ but the time has come for a change so I can devote my full abilities to building the property business with my sons.

“I am confident in the strategy LKQ has for its European segment and for the next level of growth and operational excellence at ECP.”

Prior to ECP, Hamilton held a variety of management roles for Halfords Group, the UK’s leading automotive and leisure retailer with over 500 locations.

Commenting on the leadership changes John Quinn, chief executive of LKQ’s European operations, said: “I am delighted to have someone with Andy’s customer focus and experience leading Euro Car Parts.

“With the completion of our new National Warehouse in Dublin to service the ROI and with our Tamworth distribution facility now fully operational, we are poised to continue our growth track.“

ECP Group said in a statement that 2018 had brought about the completion of “a number of important projects”.

After gaining clearance from the CMA they were able to integrate the Andrew Page logistics and purchasing functions.

The company relocated out of several warehouses around the country into its Tamworth operations, including its highly automated T2 warehouse.

It also completed a new distribution warehouse in Dublin to better service the ROI market.

“With the efforts these projects required now behind us, we can return our energy to growing our business and providing the outstanding service and value to our customers that we have been long known for. It is an exciting time to be leading Euro Car Parts” said Hamilton. 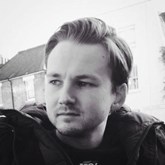