TrustFord is preparing to expand into Scotland as it takes a central role in Ford of Britain’s new Parts Plus wholesale parts network.

The AM100 retailer’s chairman and chief executive, Stuart Foulds, revealed the plans as he mapped out growth opportunities for the Ford-owned, independently-run, group at its annual conference in Daventry last week.

Foulds described the new wholesale parts proposition as a “huge opportunity” for the group, which will also be expanding the Ford brand’s QuickLane fast fit brand and developing mobile servicing across parts of the UK in a bid to boost the service offered to its own fleet customers. 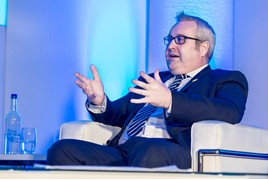 Expanding on Foulds’ outline of the PartsPlus plan, PartsPlus operations director, Richard Allott, revealed that – while negotiations were still ongoing with the proposed operators of the 70+ Ford PartsPlus territories across the UK – TrustFord is expected to be in-line to run 19, with each business fully operational by the end of H1 2019.

Five of Scotland’s seven territories will be run by TrustFord, he said, with a PartsPlus hub in Glasgow complimenting three centres in Dundee and Aberdeen and Carlisle as another northern territory all to be operated by TrustFord.

TrustFord is also planning to participate in the UK-wide introduction of Ford’s QuickLane all brands fast fit network already firmly established in the US and will roll out mobile servicing across some areas of the UK in order to meet the needs of its own fleet customers.

He added: “Mobile servicing will really compliment the service we already offer to those customers and allow us to meet their servicing and repair needs and provide 24/7 support.”

Foulds said that TrustFord’s mobile servicing operation might see it broker agreements to rent ramp space at fast fit specialists such as Halfords or Kwik Fit in order to meet the needs of swift maintenance assistance to their fleet customers in some areas away from the group’s core network in future.

He said: “It would solve the problem of mobile servicing and allow us to complete key maintenance and repairs quickly and efficiently 24/7 for our own fleet customers which is vitally important to keep them on the road.”

Around 800 TrustFord employees and suppliers attended the TrustFord Conference 2018, where Q&A session's with the group's leadership team were hosted by AM news and features editor, Tom Sharpe. 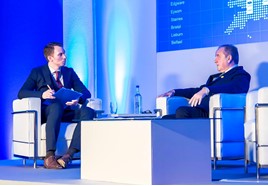 Foulds told visitors that he was “delighted” by the group’s YTD financial performance, which came on the back of a 5.8% increase in turnover to £1.73bn but an 18.9% decline in profit before tax to £15.4m.

Foulds said: “Despite some headwinds in the market and economy l’m delighted with TrustFord’s financial results September YTD with performance on track and broadly in line with 2017 adjusted only by some margin changes in relation to parts discounts and fewer sales points.

“Our CV and fleet performance continues to outperform the market with around 9,000 CV’s delivered in September added to the fact that Ford were in a fantastic position regarding WLTP with next to no affected stock”

“Other areas of the business, service, parts and used cars are performing extremely well and our market leading USP ‘Now’ is transforming the way we do business and gives us a real edge with the retail public”

TrustFord’s ‘Now’ initiative promises that customers will be able to drive a stock new or used vehicle home on the same day, and within one hour of purchase, or the group will deliver a vehicle seen online at a different site to a local dealership by 5pm the next day, depending on a 2pm cut-off.

Foulds told the conference that TrustFord has sold around 55,000 new vehicles during the period to the end of September, adding that this was “more than the Mini, Seat, Citroen, Volvo and Mazda brands”