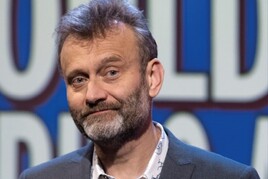 British actor and comedian Hugh Dennis, who starred briefly in the James Bond film No Time To Die, will be the after-dinner entertainment at the British Independent Garage of the Year Awards (BIG Awards) this August.

Held by the Independent Garage Association, the BIG Awards take place on August 19 at Farnborough and will also be hosted by TV personality and sports presenter Mark Durden-Smith.

The IGA said holding the awards ceremony at Farnborough International Exhibition and Conference Centre alongside The British Motor Show 2022 will help bring high-profile recognition to the independent garage sector. Attendees to the awards get a four-day family ticket to the motor show included.

Stuart James, IGA chief executive said: “It is a privilege to host an evening that will bring the sector together after the tough times we have all been through and to celebrate the key work that independent garages have undertaken to help keep the country mobile.

“Along with announcing the winners of the highly sought-after awards, this long-awaited Great British themed event will be filled with entertainment, laughter, dining and dancing for an unforgettable night recognising the great talent in our sector.”

Tickets are selling fast for the AM Awards on May 12 at the Park Plaza Westminster Bridge Hotel in London. Get yours here.