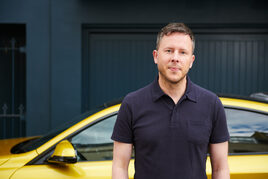 Motorway has reported a 200% uplift un used vehicles sales via its online marketplace in the first half of 2022.

Record numbers of motorists turned to the online car buying site during the period, with daily sales of over 1,000 vehicles helping to generate resulting in over £750 million in completed transactions.

Formed as a tech start-up launched in 2017 and profiled by AM in 2020, Motorway now claims to be the market’s “go-to” car buying platform and employs 350 people in London, Brighton and overseas after achieving ‘unicorn’ status with a $1 billion (£750m) valuation late last year.

Its continued rapid growth follows a Series C investment round of over $190m in November 2021, from global technology investors including Index Ventures and ICONIQ Growth.

Motorway chief executive Tom Leathes said: “Motorway remains focused on building a new way to transact more efficiently online, and on delivering more value to both car sellers and dealers. We don’t buy, hold or sell stock ourselves. This means we continue to remain independent and transparent, and can grow sustainably while ensuring everyone gets the best deal possible.

“Our efficient online marketplace model offers something very different, and now that we’re hitting over 1,000 cars a day, I believe we are really beginning to change how the UK car market works.”

Motorway grew its market visibility in 2021 with the launch of a high-profile TV advertising campaign, later committing to sponsorship of ITV's Six Nations coverage.

The company has also started rolling out a range of personalisation tools and features on its dealer platform, to help dealers more quickly and easily find and buy the best stock for their needs.

The number of verified dealers in Motorway’s nationwide network now exceeds 5,600 across franchised and independent dealerships, up from 3,000 in November 2021.

Leathes said: “You’ll see much more innovation from Motorway throughout the rest of the year and as we look to break more records and help our dealers’ businesses win.”

Sellers lose up to £7bn when selling used cars, according to Motorway

Sellers lose up to £7bn when selling used cars, according to Motorway