Motorway will sponsor ITV’s live coverage of the Guinness Six Nations for the next two years, to boost awareness of its used car buying service.

The agreement, planned and brokered by Motorway’s media agency MG OMD, will include catch-up sponsorship on the ITV Hub, digital creative executions, and social support on ITV Platforms and on Twitter Amplify.

ITV will provide exclusive live broadcasts of ten of the fifteen matches during the six-week tournament, starting on Saturday February 5 with Ireland's game against Wales at the Aviva Stadium in Dublin. ITV’s ten games include all home matches of England, Ireland, Italy and France.

Lloyd Page, CMO at Motorway, said: “We're proud to partner with ITV and bring one of the biggest sporting tournaments in the world to millions of rugby fans via our sponsorship of ITV's Live Coverage of the Guinness Six Nations.

“After a year of outstanding growth, this sponsorship gives us a fantastic opportunity to continue driving awareness of Motorway as the best way for people to sell their car for free, thanks to our easy-to-use website and access to thousands of dealers in our nationwide dealer network."

Motorway recorded a 30% rise in the value of the average car sourced for its car retailer clients from private sellers in 2021, putting it on a run-rate to deliver over £1.46bn in completed sales this year.

The TV advert follows the journey of both a Motorway customer enjoying the end-to-end Motorway car selling experience for the first time, with professional dealers bidding against each other to win the car. 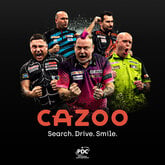