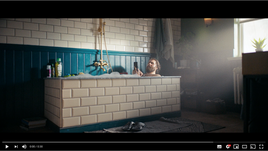 The TV advert follows the journey of both a Motorway customer enjoying the end-to-end Motorway car selling experience for the first time, with professional dealers bidding against each other to win the car.

Tom Leathes, CEO of Motorway, says: “Motorway has scaled up really quickly this year to become the preferred stock source for thousands of dealers across the UK.  Our team has worked incredibly hard to help our dealers buy the best stock from the public in a seamless way, supporting them to supercharge their margins and leverage the power of online trading.

“Our new nationwide ad campaign is set to further increase stock availability as we introduce the Motorway service to an even greater consumer audience. And what better way to do that than by making car dealers themselves the stars of the show? We have no doubt this campaign, combined with the unparalleled service from our fast-growing team, will provide our dealers with even greater access to the best privately-owned used cars at the right price, 100% online.”

The advert opens with the Motorway customer uploading his car onto the platform while relaxing in his bathtub. Viewers are then given a sneak peek into what happens behind the scenes in a Motorway car sale.

Car dealers race against each other to reach the car, all bidding to secure the best price. The winning dealer performs a daring stunt, jumping from his vehicle to collect the car.

The film ends with the brand’s new tagline ‘This is the Motorway.’

The ad launches during Coronation Street on ITV at 8pm as well as with a programme take-over of Deceit on Channel 4 between 9-10pm this Friday (August 20). The TV ad is supported by radio, social and an outdoor campaign launching in September which unveils Motorway’s newly refreshed visual identity.