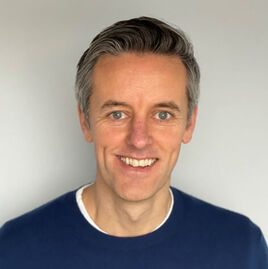 Motorway has partnered with BT Sport to co-sponsor its coverage of the Premier League and the UEFA Europa League.

The sponsorship agreement will span 127 live games across BT Sport’s coverage of the 2022-2023 season, with the first game on August 6.

A series of five- and ten-second idents will be shown before games, during half-time and after games. The campaign is expected to reach more than 5.9m people.

Motorway’s partnership with BT Sport follows its recent sponsorship of the Guinness Six Nations coverage across 2022 and 2023.

Lloyd Page (pictured), CMO at Motorway, said: "We're proud to partner with BT Sport and to play a role in bringing not just the beautiful game, but some of the most exciting football leagues in the world, to millions of football fans via our sponsorship of BT’s coverage of the Premier League, UEFA Europa League and UEFA Europa Conference League.

“With record numbers of motorists selling their cars online through Motorway this year, this sponsorship gives us an incredible opportunity to continue driving awareness of our platform - and help our nationwide network of more than 5,000 dealers get even greater access to the best used car stock, 100% online.”

Motorway has reported a 200% uplift in used vehicles sales via its online marketplace in the first half of 2022.

Record numbers of motorists turned to the online car buying site during the period, with daily sales of over 1,000 vehicles helping to generate resulting in over £750 million in completed transactions.

The number of verified dealers in Motorway’s nationwide network now exceeds 5,600 across franchised and independent dealerships, up from 3,000 in November 2021.