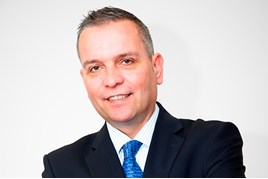 UK drivers are becoming more accepting of driverless car technology, with half of motorists saying they would consider travelling in a self-driving vehicle, according to NFDA Trusted Dealers.

A survey of 2,000 UK drivers compared public attitudes towards autonomous vehicles from 2015 to 2016 and found that people are now more open to travelling in driverless cars than in 2015, when just one third (34%) were willing to travel in an autonomous vehicle, compared to half of UK drivers polled in 2016.

Neil Addley, managing director of NFDA Trusted Dealers, said: “While there is still a long way to go before vehicles become truly autonomous, it is encouraging to see a positive shift in the public’s attitude towards the technology.  The direction of travel is moving towards driverless vehicles becoming a part of our everyday life and the software will make important steps towards improving safety and the well-being of road users, as well as reducing congestion.

“Twenty years ago I’m sure we would have been widely against the ideas of sharing our personal information online, letting smartphones track our every move and entrusting our files and documents to cloud-based systems, so it’s very likely driverless cars will continue to see the same shift in attitudes.”

Ford, Apple and Tesla are also developing plans for driverless cars and the rise in people who would be confident travelling in a driverless car according to the research indicates that public support for the technology has not been damaged by reports of software limitations, with some test vehicles running red lights and veering into cycle lanes.

The UK Government is already backing early trials of autonomous vehicles and its plans to establish the UK as a leader in driverless car technology could be worth more than £50 billion per year to the UK economy by 2030, according to the Society of Motor Manufacturers and Traders.

The Modern Transport Bill, which is due to be published early this year, will also set out further details around how the Government plans to put the UK at the forefront of new modes of transport.

Addley said: “It takes a long time to iron out any problems in new technology and all driverless vehicles will be subject to a rigorous testing period, but it is positive news that the Government is firmly behind developing autonomous technology as its backing is essential for the UK’s motor sector.”