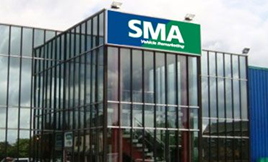 BCA is expected to sell off the Newcastle auction centre it acquired as part of its deal to buy SMA after the merger prompted competition concerns.

The Competition and Markets Authority (CMA) was approached by “customers and competitors” who raised concerns that the merger between BCA and SMA might lead to increased prices or reduction in services in the north-east of England and Scotland.

In Scotland the CMA found that, following the merger, the merged parties will face competition from four other competitors and that as a result, no concerns arose in this area.

However, in the Newcastle area, the CMA found that BCA and SMA were close competitors, and that following the merger the business will face competition from only one other physical auction site.

The CMA found that the merger may lead to higher prices or a reduction in choice or quality of service for customers of used vehicle auction services at physical auction sites in the Newcastle area.

The CMA did not consider the merger raised national competition concerns.

Sheldon Mills, senior director of mergers and decision-maker in this case, said: “Used vehicle auction services are vital for businesses involved in the buying and selling of used vehicles.

“We found a significant competitive overlap between the merging parties in the north-east of England which could drive higher auction prices or reduced services or quality.”

BCA has the opportunity to avoid a full phase 2 investigation “by offering a solution that clearly addresses these concerns and safeguards the interests of customers”.

Mike Allen, Zeus Capital head of research, said: "We note the announcement from the CMA (Competition and Markets Authority) regarding the acquisition of SMA Vehicle Remarketing. The upshot is that BCA will be required to sell its site in Newcastle on competition grounds to a competitor of its choice.

"We believe this is a very positive outcome, and will allow management to integrate the rest of the business. We did not factor in anything for this transaction into our forecasts given we knew this investigation was pending from the outset."

Zeus Capital understands that BCA holds the freehold on the Newcastle auction site.

Allen said: "We would expect this disposal to happen fairly quickly so management can integrate the rest of the business into the wider group. Another key quality of the SMA business is its expertise in logistics, which can now also be applied across the rest of the group, and is also a key competitive advantage in our view."