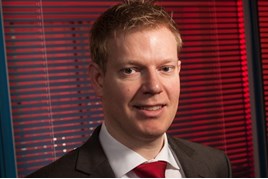 The price of used cars continued to rise as age and mileage levels reached a 12-month low, according to online remarketing specialist Autorola.

Average used car sales through Autorola UK’s online remarketing portal increased by 7.1% to £9,621 in Q1, compared to Q4 2016, on the back of lower average mileage and age.

The rise was comfortably the highest used Q1 price since Autorola UK began releasing used car data in 2012, it said.

Autorola UK operations director, Neil Frost, said: “A fall in the average mileage and age of used cars on our portal continues to dismiss the ‘traditional’ age and mileage associated with used cars when they enter the used market.

“Strong demand in the used car market from our 2,000 active buyers immediately after Christmas and throughout Q1, driven by increased footfall in the dealerships, has seen average used prices increase further.”

January to March 2017 was the strongest first sales quarter in Autorola’s 11-year history – breaking the previous record set in Q1 2016, as its 2,000 active buyers bid strongly on 15,000 used vehicle stock.

Frost said: “The strength of quarter one reinforces the popularity of online remarketing to manufacturers and dealers, giving them a flexible and quick solution that boosts their overall used car sales activity.

“Typically Q1 is always a busy period for us in the run-up to the March plate change and we’re pleased to see 2017 hasn’t been any different, resulting in our highest prices to date.”