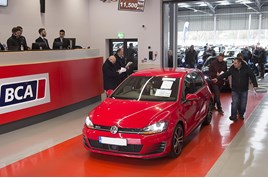 Average used car values at BCA auctions rose above £9,000 for the first time ever as traders continued to bid strongly on a wide range of stock, BCA Pulse reports.

The headline average value reached a record figure for the third month running and conversion rates remained strong across the board, having climbed steadily during 2017, the report revealed.

Year-on-year, average values rose by £935, equivalent to an 11.4% uplift over the period – a result of good levels of demand and BCA offering a richer mix of stock with a lower age and mileage profile.

Simon Henstock, BCA chief operating officer UK remarketing, said: “While seasonality is less of a factor than it used to be, we still see some slowing of trade as the summer months approach.

“Post-Easter, potential retail customers often turn their attention to funding the imminent summer holiday, as a result postponing any change of vehicle to later in the year.

“This naturally impacts in the wholesale sector as professional buyers are more likely to buy to order or simply fill gaps on the forecourt.”

He added: “While BCA’s data shows average values are rising, much of this is driven by the high quality of stock we offer from the cream of the fleet, leasing, finance and dealer sectors and webuyanycar.com vehicles.

“We are seeing high volumes of stock reaching wholesale channels which means it is a buyer’s market in the short term.”

Henstock said that conversion rates are under pressure as a result of the growing volumes of quality stock, adding that it was “critical to price vehicles correctly at the point of sale”.

He added: “The old adage of ‘Best bid, first time offered’ is as true today as it ever has been and our data confirms that.

“Sellers find that it becomes increasingly difficult to sell on a second or third entry for sale if they do not adjust their reserve values to meet market expectations.

“It increases the time to sale and potentially results in higher holding costs for sellers as they chase the market down.”

For the second month running, average values in the fleet and lease sector rose to a record high, with a small month-on-month rise of just £18 establishing a new highpoint of £10,473.

Retained value against original MRP (Manufacturers Retail Price) fell slightly to 42.87%, while year-on-year values were up significantly, rising by £574 (5.7%), as both age and mileage continued to decline.

Longer term values have been relatively stable, with year-on-year values ahead by £202 (4.5%), with average age and mileage little changed over the period.

Values for nearly-new vehicle values fell by just under 1% to £18,028, with model mix having a significant effect in this low volume sector, BCA reported. 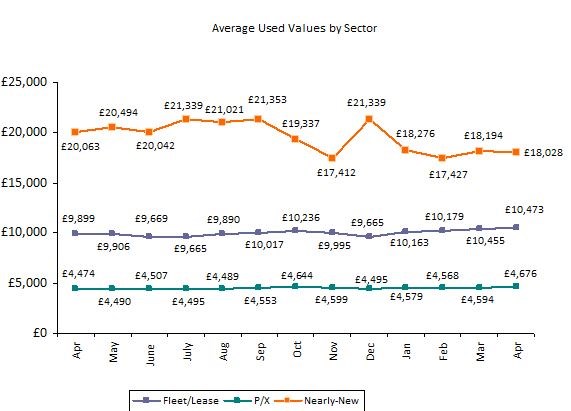