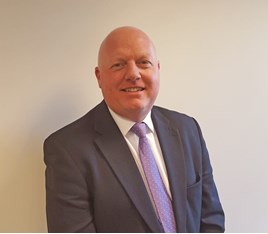 Aston Barclay has reported that sales of diesel-powered ex-fleet cars have reached a two-year high value at its UK auction sites – indicating the fuel still holds appeal to traders and consumers.

Generally, 2017 saw a strong used market, according to the Aston Barclay report, which claimed that its performance only faltered in Q2 as dealers pushed new car sales into March as a reaction to new 1 April VED changes.

In a statement, Aston Barclay said: “This retail activity meant trade buyers had greater used stock choice in April and May earlier than usual which contributed to a Q2 price fall to £6,485 from £6,609 in Q1.

Martin Potter, Aston Barclay’s group operations director, said: “2017 delivered a stable used car market, with used diesel demand and prices remaining strong. We are confident the market will remain buoyant until the Easter break where it could suffer from a seasonal slow-down.

"The continued fall in new car sales will see fewer dealer part exchanges entering the used market, but higher used car volumes are likely to balance this shortfall in 2018 as cars come back from the peak new car sales years of 2013 and 2014.”

Aston Barclay’s most recent insights report is the first to include analysis of the dealer part exchange market.

A total of 41.2% of dealer part exchanges sold were in the Budget category.

The increase in average price was more dramatic in 2017 than prior years and while this sector of the market is sometimes overlooked there is still strong retail demand for cheap, affordable cars as volumes have been slowly depleted over the years by new car scrappage deals.