The online classifieds specialist saw the popularity of diesel cars remain flat last month, according to its online search data, but a price rise of 3% (£476) for diesel – to £14,400 – meant that petrol powered cars ultimately made the larger gains in value, rising £1,105 to £10,733.

Overall, the average price of a used car rose 6% on a like-for-like basis to £12,768, which reflected the growth in prices recorded in January, Auto Trader said. 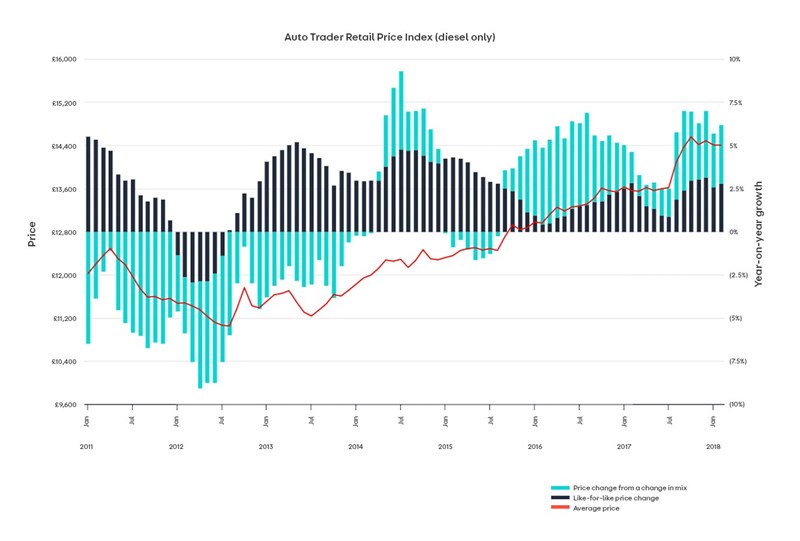 While 53% of the site’s visitors searched for a diesel vehicle during February, the proportion of searches for both petrol and AFVs also remained flat, representing 43% and 4% of all fuel searches.

Diesel’s popularity at the search stage was reflected in Auto Trader’s top 10 fastest-selling used cars in February, with seven of the vehicles listed powered by the fuel.

Karolina Edwards-Smajda, Auto Trader’s retailer and consumer product director, said: “Retailers will continue to face unprecedented challenges this year, not least the ongoing fuel debate and the influence of Brexit, which as our recent Market Report highlights, is affecting 61% of consumers’ buying and selling decisions.

“Whilst the negative rhetoric that has surrounded the fuel debate over the last few years has clearly impacted the new car market, in regard to the used market, diesels have demonstrated remarkable resilience.

“Not only are they retaining their value, but as a fuel type, they remain the most popular on our marketplace.

“That’s because they are an excellent choice for many drivers who depend on their fuel efficiency for long distance and out of town driving.

“With the recent news that the number of electric cars sold in Britain has fallen by a third since the start of the year, the government’s approach of demonising diesel, combined with a lack of sufficient incentives for AFVs, is not only harming the automotive industry, but also hampering their green air ambitions.” 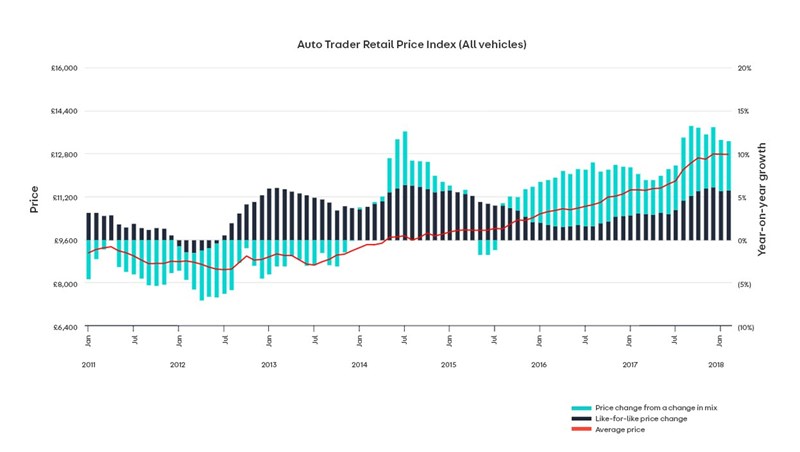 The Auto Trader Retail Price Index combines and analyses data from over 500,000 trade used car listings every day, as well as additional dealer forecourt and website data (OEM, fleet and leasing disposal prices, in addition to pricing data from over 3,000 car dealership websites and data from major auction houses. across the UK).