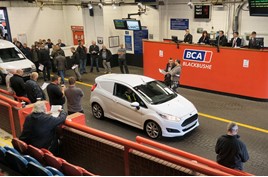 Average light commercial vehicle ( LCV) values in June saw a 0.5% reduction in June or £39 to £7,463, according to the latest BCA Pulse figures.

Despite this, the June figure is still the fourth highest on record at BCA and year-on-year values remain ahead by over £1,000 (15.5%).  Both mileage and age reduced compared to a year ago.

Fleet/lease and nearly-new values reduced, month-on-month, but dealer part-exchange values improved by 3.5% to reach the second highest point on record.

“This was despite the excellent weather, the start of the FIFA World Cup and the fast approaching summer holiday period, distractions that have typically heralded a significant softening of demand in previous years.” 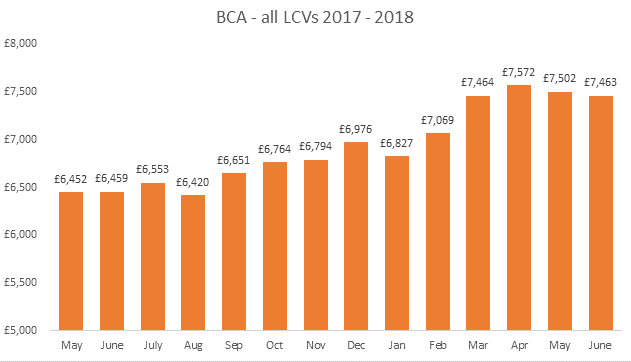 Fleet and lease LCV values fell by £198 (2.3%) to £8,180 in June, still the fourth highest value on record and significantly ahead of the same period last year.  Retained value against MRP (Manufacturer Recommended Price) fell by half a point to 40.25%.

Compared to June 2017, the year-on-year differential for fleet and lease vans is a substantial £1,006 (14.0%), with average age and mileage falling.  Both these latter factors will have contributed to the significant price evolution in the past year.

Following four consecutive monthly rises, nearly-new LCV values fell back £16,414 in June, down by £634  (3.7%) compared to May,.   Year-on-year, average nearly-new values are nearly £3,000 ahead although this has to be taken in the context of the very low volumes reaching the market, the model mix factor and availability of stock.