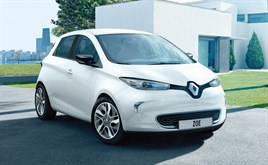 Petrol and diesel however maintained their market dominance, with diesel proving its ongoing resilience, topping eight of the 13 regions and countries tracked.

Of all the vehicles making it on to the regional top ten lists, 54% were diesel.

There was a particularly healthy demand for used medium and large sized diesels, topping the list in: the North West (2017 Mercedes-Benz E Class – diesel automatic – 22 days)

Karolina Edwards-Smajda (pictured), Auto Trader’s director of commercial products, said: “It’s extremely encouraging to see such a solid performance from AFVs in July, which is a great reflection of a wider softening of consumer resistance. 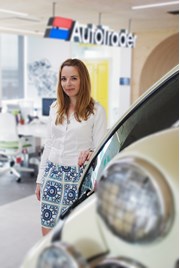 “There’s clearly some way to go before mass adoption, but with sales of ultra-low and zero emission cars growing 25.3% during the second quarter of 2018, electric and hybrid cars are fast becoming a desirable addition to forecourts.

“For both the used and new markets, education will be key to driving adoption; to help inform their customers of the many benefits of AFVs, retailers can use the details in our recently launched electric hub.

“Again, the data shows us that despite its new car challenges, diesel maintains a dominant position within the second-hand market.

And it’s no surprise, as their greater fuel efficiency makes them more appealing to budget conscious consumers, especially when it comes to larger, family sized cars.