The comparison website has found that some instant car buying websites quote unrealistically high car valuations online to attract customers, but then offer significantly less on the actual day of sale.

This practice, known in the industry as ‘price chipping’, has become so “commonplace”, it said, that six out of 10 car sellers received less than their original online valuation on the day of sale.

Just 40% of sellers received the original valuation they were quoted.

To collate its figures, Motorway.co.uk, analysed more than 4,000 completed sale transactions through instant online car buyers featured on its website, supplementing this data by surveying customers that sold to other leading car buyers that don’t feature.

Motorway.co.uk’s director Alex Buttle said:  “Not all buyers routinely inflate their online valuations, but sadly chipping has become so widespread that many consumers have already accepted it as common practice. Unrealistic online valuations could really damage the reputation of this growing industry if it’s not tackled head-on.”

Motorway compared the actual sale prices received for each car sold with its original online valuation. It found that while cars valued above £5,000 were chipped down by 6% on average, for those below £5,000, the average ‘chip down’ was as high as 11%.

But Motorway’s data showed that not all car buying services take the same approach. Some do offer realistic valuations online, which rarely change by much at all on the day of sale, while others have an average chip down rate of up to 14%.

Buttle said: “Price transparency has transformed every other e-commerce space, it’s about time the car industry embraced the inevitable transition to a consumer-first, data-led experience. Car sellers deserve to be empowered with technology and should never be treated like ‘valuation victims’.” 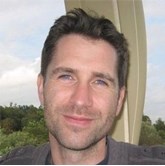