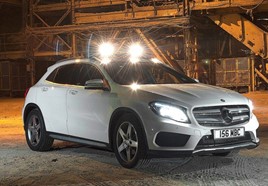 The Mercedes-Benz GLA Class emerged as the top performer in Auto Trader's monthly fastest-selling used car rankings for the first time in September – taking an average of 15 days to leave dealer forecourts.

The 2015 version of the compact premium SUV – equipped with a diesel engine and manual gearbox – took first place in the standings, with its hatchback stablemate, the 2016 A-Class (diesel manual) also making the top ten in sixth place.

Completing a three-strong contingent for the German car manufacturer in the top ten was the 2016 GLA Class (diesel manual) which ranked ninth.

Despite the ongoing headwinds for diesel-fuelled vehicles, and the dramatic fall in new car registrations in September, diesels topped 10 of the 13 rankings of Auto Trader’s fastest selling cars by region last month. 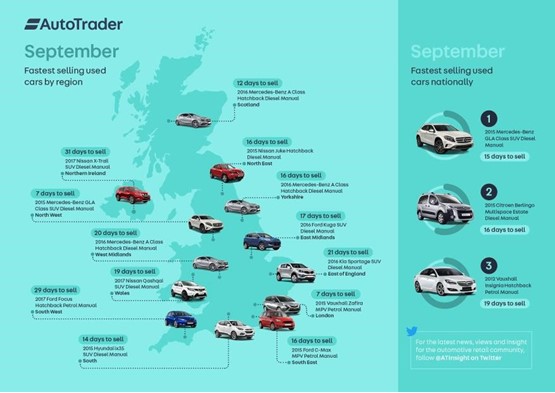 Karolina Edwards-Smajda, Auto Trader’s director of commercial products, said: “With the autumn and winter months closing in, it’s no surprise to see that SUVs are topping the list as most popular.

“More surprising perhaps, given the huge decline in the new market, is the ongoing resilience of used diesels.

“As we’ve seen elsewhere on our marketplace, they’re also retaining their value. That’s because for many motorists they are simply the best option available – particularly those that drive long distances and are looking for the efficiency that only a diesel can offer.”

In terms of model type, SUVs showed themselves to be the stars of the show once again, with such models, with the 2016 Kia Sportage diesel manual (21 days to turn) and 2017 Nissan Qashqai diesel manual (19 days) the best overall performers during September.