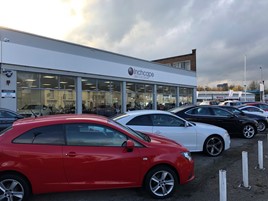 The centre opened on a temporary site in January and the new permanent site, near to Inchcape’s existing Toyota centre on Moor Street, becomes fully operational this month.

Inchcape Used Car Centre Burton’s general manager, Dan Beresford, said: “The temporary site was a huge success but with the new premises being able to house at least 300 used cars, including commercial vehicles, the team is excited for what’s to come.

"We look forward to welcoming new and existing customers to the centre where they will receive the highest level of customer service.”

He said: “I am very grateful for the opportunity and look forward to being part of the Inchcape Used Car Centre team.”