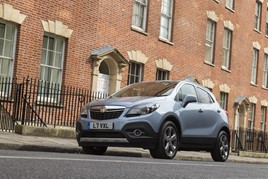 Mercedes-Benz GLC-Class (2015, diesel automatic) topped the standings during December, taking an average 19 days to sell according to Auto Trader, but failed to make the top 10 rankings for the year as a whole.

Vauxhall’s Mokka (2015, petrol automatic) topped 2018’s standings, taking an average of 26 days to leave dealer forecourts over the 12 month period, followed by the Renault Captur (2015, diesel automatic) and Mercedes-Benz A-Class (2016, petrol manual), which both took an average 27 days to turn.

“It’s testament to the enduring appeal of the Mokka and Mokka X, as well as the strength of the Vauxhall brand and the professionalism of its sales network, that demand continues to be so strong. We’re sure that this will continue during 2019.” 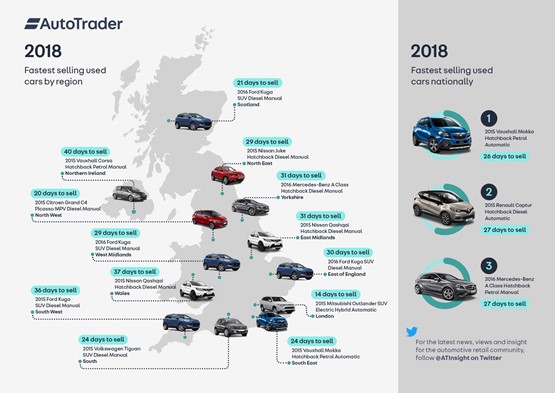 The Mokka knocked last year’s table-topping Kia Sportage off the number one spot after two consecutive years as Auto Trader’s fastest seller for the full-year.

Kia’s SUV did not even feature in this year’s ranking.

Karolina Edwards-Smajda, Auto Trader’s director of commercial products, said: “SUVs have unquestionably played a huge role in maximising profitability in 2018 and there’s little doubt this will continue to be the case during the year ahead.

“However, with SUVs taking the crown for three consecutive years, it’ll be exciting to see whether they’ll be able to make it a fourth, or if the nippy hatchback will be able to recapture the second-hand market in 2019.”