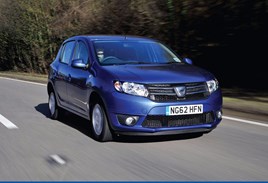 Dacia’s Sandero hatchback tied with the Duster and Ford EcoSport SUVs as January fastest-selling used cars, according to data provided by Indicata.

A sample of nearly 90,000 dealer used sales recorded by Indicata UK showed all three of the affordable used car options took an average of 48 days to sell last month, prompting national business development manager, Neil Gilligan, to suggest that the market could be experiencing a shift towards “a greater focus on cost conscious purchases”. 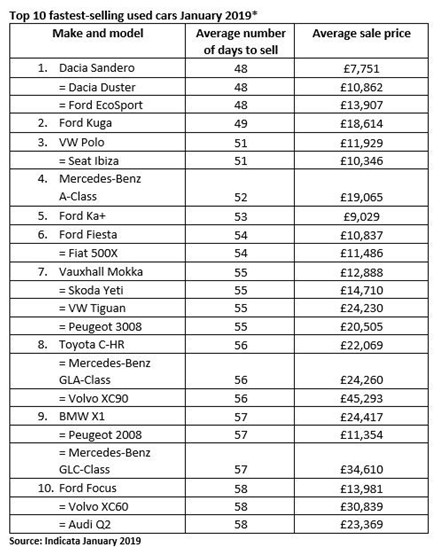 Indicata said that the Dacia Sandero was the lowest cost used car in the top 10 with an average sales price of £7,751.

Gilligan said: “Dacia has been in our last four fastest-selling league tables, but it is the first time it has been at the top, but with not one but two models.

“Perhaps Dacia’s double in January signals a shift in the used car market with a greater focus on cost conscious purchases as the economy continues to be unsettled by Brexit.”

Indicata said that the days to turn average had lengthened for retailers during January, stating: “This is the highest average since Indicata started publishing its data in October 2018, which suggests used car volumes have risen during the month and that consumer demand has softened slightly.”

Neil Gilligan, national business development manager at Indicata UK, said: “The number of average days to sell has risen considerably from December 2018 to January 2019, reinforcing that used market dynamics have changed quite dramatically at the start of 2019.”