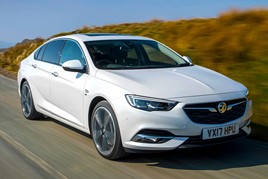 Used cars are selling almost 20% faster on Scotland’s forecourts than the UK average of 31 days, according to data published by CarGurus – taking an average 25 days to turn.

The online retail platform claims that its data shows that retailers in Scotland showed that speed is key when it come to their stock turn during 2018, with the Vauxhall Insignia and Mercedes-Benz A-Class proving most popular with potential buyers over the course of the year to take an average 17 days to sell.

CarGurus said that Scottish dealers managed to shift stock a full 10 days faster compared with to those in Wales.

Offering advice to car buying consumers based North of the border, Chris Knapman, editor at CarGurus, said: “When shopping for a car in Scotland, buyers should be aware that cars are selling more quickly than average for the UK, particularly the most popular used models.”

CarGurus, which shows consumers how many days a car has been on the forecourt, analysed used cars listed on the market throughout 2018 to compile the league table of fastest selling regions.

CarGurus said that, as well as its findings about the speedy successes of Scottish retailers, dealers in the Midlands proved their selling prowess with the region taking second and third place.

In the West Midlands, the Volkswagen Polo and the Ford Ka were most popular, it said, with these cars finding a home on average after just 22 days.

In the East Midlands the Ford Mondeo and BMW 4 Series were the choice of buyers during 2018 – selling in 23 days.

10. Yorkshire and the Humber – Seat Ibiza and Mercedes-Benz A-Class (25 days)