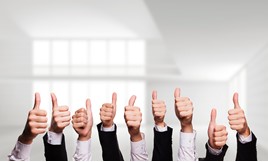 Times have changed dramatically but has the industry moved with them to get the most value out of approved used car schemes? AM investigates...

It’s 30 years since Vauxhall transformed the used car market by introducing the first manufacturer-approved scheme, Network Q, and the concept was soon embraced throughout the industry.

It was easy for sales staff to explain such benefits as multi-point inspections and lengthy warranties when transactions were carried out face-to-face, but as buyers carry out more research online, the reasons for price differentials with independent dealers aren’t always immediately evident.

Increased emphasis on due diligence and warranty protection

So, should franchised dealers trim their margins to remain competitive, or should manufacturers and their networks do more to promote the added values and benefits which their schemes deliver?

Karl Davis was a dealer for Bentley, Rolls Royce and Volvo, and also worked for two major auto manufacturers, before setting up Coachworks Consulting in 2002.

“The approved used (AU) concept was essentially conceived to increase the standard of presentation and hold up residual values.

"Today, we have Trading Standards departments to protect consumers, operating within a wider environment in which standards in general have to be higher,” he said.

“However, over the years the market has gradually been turned on its head, and the over-supply of cars is more than counter-balancing the good which these programmes can do.”

Davis believes both manufacturers and retailers must make more of the benefits of their AU programmes to customers, particularly concerning the due diligence involved, and the warranty protection.

“Every aspect is designed to deliver peace of mind to consumers, but there is a great deal of evidence to show they aren’t being correctly highlighted,” he said.

“Manufacturers could do more, and retailers should do more to accentuate those attributes, in person and verbally, rather than relying on point-of-sale material.”

Davis identified costs accumulated during the preparation and conditioning of vehicles as a major challenge for franchised dealers.

“Used car supermarkets and independents want to minimise costs at every opportunity, for example, by not using OEM replacement parts, but franchised dealers try to achieve profits for the manufacturer, their parts department, and their service departments,” he said.

“If dealers then don’t highlight the benefits of everything they do to prepare vehicles, they are just left with costs, and if manufacturers continue to over-supply, they are doing more to harm residual values than the way in which vehicles are prepared.

“Everyone really must get their people to highlight all the benefits, before they get into discussions about price.”

Like Davis, Robin Luscombe has some 35 years of experience in the motor trade, and for the best part of a decade has been the MD of Suzuki and Mitsubishi dealerships in Leeds.

An array of awards and trophies testifies to his commercial nous, and he’s acquired a reputation as an innovative operator in an industry often slow to embrace change.

“I don’t think consumers here go out to buy a manufactured-approved used car, they look to identify a brand they can trust, and then it’s about price and benefits and value,” said Luscombe.

“But it is ridiculous that franchised dealers are forced to add in extra costs and reduce margins when we are competing with people who people who don’t have those costs.”

Luscombe’s solution is to focus intensely on managing his dealerships’ online reputation, and to persuade potential customers that they are trusted brands.

“Almost everyone looking for a used vehicle will do some form of research.

"Being a main dealer or branded supermarket is no longer enough, so managing online reputation is absolutely crucial,” he said.

“Any dealer looking to consistently attract buyers needs a good cross-section of reviews and comments from customers of different types, to establish confidence in both the dealership, and the cars it is selling.

Sometimes issues will crop up – especially with used vehicles, and however carefully you try to avoid them – so it’s how you deal with them, and how you can make the customer feel satisfied.”

“Many people put marketing above customer experience, but we take the opposite view,” said Luscombe.

“It’s an important role, and often very rewarding because of the feedback.

“If you satisfy customers, they become advocates for your business, and when you have excellent reviews across a wide spectrum of sites, it builds trust and confidence among potential customers.”

'Most manufacturers are failing to improve teir AU programmes'

Darren Bedford, who held senior operational roles in the industry before becoming a dealer-principal, and is now sales director at Symco Training, agreed with Davis that many dealers are failing to communicate their offer, and believes fundamental change is required.

“Most manufacturers have failed to assess and improve their AU programmes over the years, and they are much the same now as when they were launched, despite huge changes in the way in which cars are marketed and sold,” he said.

“Likewise, dealers must really understand the sector in the market for which they are aiming. We can’t expect customers to investigate and understand the complexities of our market, they have to be educated by dealers and their sales teams.

For instance, if 20% of used cars coming into dealers are rejected because they don’t meet quality standards, that’s something we need
to highlight, and the fact that only vehicles accepted by our experienced and highly trained technicians will go on to receive a warranty.”

Bedford believes many dealers are compounding the challenges they face from independents and car supermarkets by operating separate teams for new and used vehicles.

He is adamant one category will always suffer, especially at times when dealers focus on new-plate sales, and because they fail to swiftly move used cars to their forecourts.

“You see numerous examples everywhere in the country, when dealers don’t have cars ready for display after two or even three weeks, whereas the really sharp operators have them there in three or four days,” said Bedford.

“The most dangerous thing is to fall between the two streams, new and used. Dealers need a detailed strategy for both revenue streams, and the teams must realise that both really matter.

"Manufacturers regularly extract data about the performance of the dealers, but then keep that data in-house, which is a wasted resource.”

The importance of warranty top-ups

At the UK’s newest automotive consultancy, Elevenci, Ged O’Neill is another veteran of the automotive scene, having operated AU programmes as a dealer, and also rolled them out for manufacturers.

He believes the debate about whether such programmes necessarily add a burden of extra costs to franchised dealers isn’t black and white.

“In the US, for instance, dealers don’t have a base preparation level for used cars, but when customers come in, they’ll offer them as either certified pre-owned – which will cost you several thousand dollars as the manufacturer’s programme will be put in place – or ‘as is’, with minimal checks and no warranty,” said O’Neill.

“I’m in favour of AU programmes – if they’re set up correctly.

For example, a multi-point inspection will cover everything from the tyres and suspension to the windscreen wipers, but if a manufacturer tells the dealer to replace certain items even if the existing ones are perfectly serviceable, that does add unnecessary costs.

”I don’t necessarily agree these programmes are detrimental to dealers’ profitability, but it will always help if the manufacturer has a member of its used car team who has actually sold used cars, because they will understand the market’s dynamics.

If the programmes are good, they should be a win for everyone, although the better ones will always have a more collegiate input from the dealer network and the manufacturer.”

But O’Neill urged manufacturers to should take time to assess if the core elements of their original programmes could now be better managed and implemented for their dealer networks.

“For instance, most new cars are sold with three-year warranties, so if they are then sold after two years, one year of the original warranty remains, and it costs the dealer nothing.

But if the car is sold when it is 2.5 years old, the dealer should be able to top up the programme with a six-month warranty, but not every used car programme allows that to happen, so dealers have to buy a 12-month warranty, with inevitable cost implications.”