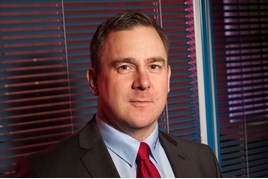 Used car prices rose by 16.6% during the first eight months of 2021 as an imbalance between supply and demand dictated that customers would “clamour for whatever stock they can get their hands on”.

Market data published by insight provider Indicata showed that car dealers’ stock levels are now beginning to suffer after a period in which overall used car sales rose 24.9% on a COVID-impacted H1 2020 and 4.8% in 2019.

It said that dealers’ used car stocks had fallen by 9.3% between August and September, despite August used car sales falling 13% “in-line with the usual holiday seasonal trends”.

Jon Mitchell, Indicata UK’s group sales director, said: “Buyers continue to clamour for whatever stock they can get their hands on and generally dealers are holding onto the majority of their part exchange stock to retail.

“We have achieved 100% conversion rates on our online auctions for months as dealers are prepared to give all makes and models of used car a go just to keep their forecourts busy.”

Earlier this month Philip Nothard, insight and strategy director at Cox Automotive, said that market forces mean it is quickly becoming the case that “any stock is considered good stock”.

This is no time to be picky, and it is important that dealers compromise in order to obtain stock,” he said.

Indicata’s data showed that stock turn on diesel and petrol used cars are on par with one another, closely followed by hybrids, while electric vehicles (EVs) are still slower to sell as generally their pricing is £3,000 to 4,000 higher than equivalent internal combustion engine (ICE) models.

Its report also tracks the top selling used models each month and in August the Ford Fiesta took that accolade followed by the VW Golf and the Ford Focus.

When it comes to turning cars into cash stock turn on the MG GS was the fastest, followed by the Toyota Auris and the MG ZS.

“There is no surprise about the top selling models in the month, but it was interesting to see the MG brand is gaining positive traction in the used market,” said Mitchell.