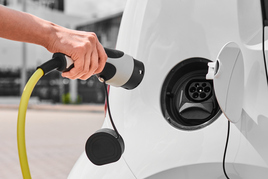 Electric vehicles (EVs) registered in 2020 have been representing more than a quarter (27%) of all one-year-old car sales in recent weeks, according to BuyaCar.

Christofer Lloyd, editor of BuyaCar.co.uk, said: "Consumer acceptance of EVs is certainly picking up pace and there is no better sign of that than how EVs are performing as used cars.

"Only a few years ago there were concerns about whether older batteries would hold their charge sufficiently well to make EVs a confident choice in the used market, but we are regularly delivering electric cars up to six years old.

"Another common assumption was that EVs were destined to be typically a second household vehicle, used mainly as a runabout for local trips and this may be borne out during these early days. Our most popular EV is the Nissan Leaf and other firm favourites are the Renault Zoe and the SmartForFour. However, a number of our customers are replacing their main car with an EV and happily spending up to £40,000 to go electric.”

Interest in used EVs on BuyaCar.co.uk has grown fast over the past 12 months, with 14% of visitors to the site initially searching for electric cars during November compared to just 8% during November 2020.

Diesel sales continue to slow - especially among cars in the one-to-three year old bracket, where less than one in four buyers are searching for or buying a diesel.

Used EVs are now leaving forecourts faster, according to data from Auto Trader.

Its Fastest Selling Index shows that the average EV is selling in 26 days, compared to 28 days for a petrol car.

But a 47% "green premium" is still putting many potential EV buyers off, with demand for diesel cars ensuring they continue to leave forecourts fastest - in an average of just 24 days.

As the number of EVs on the UK's roads increases, the IMI is warning of a shortfall of almost 36,000 EV-trained technicians if retraining isn’t addressed urgently.

The skills gap is expected to materialise in 2026, when the number of required technicians will exceed the current forecasted number of those trained.