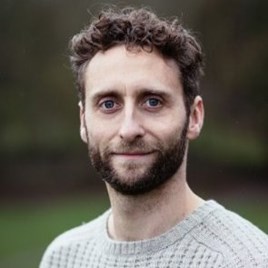 In a world increasingly conscious of its carbon footprint, ‘dieselgate’ cast a dark shadow over the entire motor trade.

The revelation that government testing agencies worldwide had been duped, and millions of over-emitting cars had been sold, dealt a huge blow to VW’s reputation, and other manufacturers soon followed in their shameful wake.

Several car brands had been trying to cash-in on the ’green dollar’ for many years, positioning their products as better for the environment than they really were, knowingly selling millions of engines that did not conform to environmental restrictions.

This scandal understandably led to a crisis of confidence among consumers.

Even though VW have now reaffirmed their commitment to developing clean energy vehicles and are working to improve their image, they still need to convince consumers that their current products are desirable and attractive.

So how can automotive brands continue to sell vehicles when consumer trust is at an all-time low?

VW has started to focus on emotional storytelling to reconnect with their target market. Take this advert from earlier this year:

Any parent can identify with the prospect of wanting to impress their children, inevitably coming across as a little out of touch, putting the target audience squarely in the driver’s seat.

Because it trades facts and figures for emotional engagement, the film has a much more meaningful impact.

This kind of marketing is especially powerful because it demonstrates how a product can play into the owner’s day-to-day life.

Viewers are shown a situation and set of characters with which they can relate, creating a deeper connection between themselves and the content.

This helps to explain why, despite the ongoing furore, Volkswagen sales have remained fairly steady throughout 2016 - in fact, sales across the VW group as a whole improved in the first half of 2016.

The Volvo ad below is also a great example of how an automotive brand can tap into emotional storytelling and convey meaningful messages:

Here, the Volvo V60 Polestar is positioned as an exciting, powerful car for everyday use, but the car itself is hardly shown. Instead, it’s described by the driver’s son, demonstrating that the model is safe and practical, with a performance that can’t fail to impress those who matter most.

The automotive industry is still feeling the after-effects of ‘dieselgate’, and the destructive impact it has had.

This level of distrust means that the automotive industry needs to focus on emotional engagement now more than ever, and producing character-driven storytelling campaigns is the key to communicating with customers.

It must be said that brands can’t simply paper over the cracks; manufacturers have a moral duty to right their wrongs and maintain promises to reduce emissions. Fancy marketing should never be used to mask misdeeds.

However, assuming that we see real change and brands take this message to their heart, emotional storytelling can give consumer trust a definite jumpstart.