Guest opinion: Preparing your service department for an increase in the MoT-free period 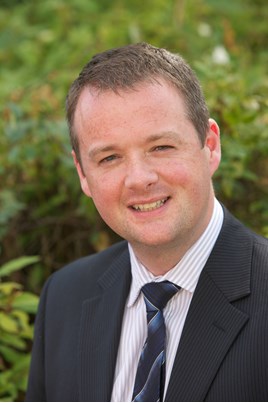 In January the Government unveiled plans to increase the first MoT date for new cars from three to four years. If approved, the changes could come into effect as early as next year.

As recently reported by AM, Transport Minister Andrew Jones said the proposal has been devised to “bring the MoT test up to date” in order to help save motorists money and time.

Indeed, it is estimated that with over 2.2 million cars having to undergo their first MoT test each year, the change in rules could create annual savings of more than £100 million for motorists.

While this is good news for consumers, the same can’t necessarily be said for those working within the automotive industry.

The Retail Motor Industry Federation (RMI) is among those to have voiced concerns over the safety implications of a delayed first MoT.

Speaking to AM-online, RMI director Stuart James said: “The benefits promoted by the Government are seriously outweighed by the pitfalls.

“At the three-year period alone this change will see 400,000 unroadworthy cars on the road for another 12 months and no official mileage recorded until year four.”

Safety issues aren’t the only concern. Many industry representatives have raised questions over the impact that the new rules could have on business.

For many dealerships, MoT testing and related sales make up a significant proportion of aftersales revenue.

It stands to reason that a lengthened MoT-free period for new cars is likely to result in a loss of income from both the test itself and any subsequent repair work.

In its consultation document, the Department for Transport concedes that any extension to the first test period is likely to have a negative effect on workshop revenue and advises that those affected “will need to look at options for utilising the freed up resource from doing fewer tests”.

The ability to offer new work or services will vary from dealership to dealership. However, one area that can be improved is the conversion rate of work identified during regular vehicle services.

Should the new rules be finalised, this, in part, would help to offset any losses associated with a reduction in MoT testing.

Currently up to 44% of ‘red work’ – that which is identified as either an urgent fault or repairs that, if not completed, will render the vehicle unsafe, or even illegal - remains unsold by the average aftersales department.

While this is clearly a significant source of lost revenue, it is also a potential issue where motoring safety is concerned.

So how can dealerships look to improve service conversion rates?

Improving communication and levels of trust between dealerships and consumers is particularly important.

By enabling service teams to provide customers with a thorough overview of car examinations and a breakdown of work required, this work can then be sold in a more transparent way.

Customers are far more likely to agree to repair work if they can see exactly what has been recommended and why.

It’s also vital that when faced with a potential loss of earnings from a reduction in MoTs, general managers and dealer principals are able to scrutinise aftersales activity to ensure other revenue opportunities are not being missed.

Key metrics should include the average number of services performed, health check completion rates and the average percentage of red work sold in comparison to red work identified.

In the same way finance has greatly changed the model for purchasing vehicles, it is now key in the aftersales arena too.

With so many customers used to paying for services on a monthly basis, ranging from mobile phone contracts to Netflix subscriptions, options such as service plans or even interest-free payment methods that can be offered when work is required, provide the aftersales department with the ability to convert work that might have otherwise proved difficult to sell.

It is likely to be a few months before we are given the Government’s final decision on the proposed changes to the MoT testing period.

Team managers should make the most of this interim period; use it for forward planning to ensure that aftersales activity remains healthy and profitable, whether that’s through increased focus on quality of servicing or the introduction of alternative sources of revenue.