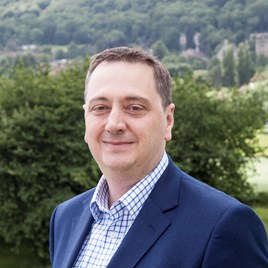 The recent announcement that new petrol and diesel cars will be banned from sale in the UK from 2040 has sparked much debate within the automotive industry.

Many question how this will affect franchised dealers, not only out on the forecourt, but also in workshops.

For the aftersales market an electric shift will of course bring big changes; and many have been quick to express concerns over a negative outcome.

As reported by This Is Money, FairFuelUK – one of the country’s main campaigners for better motoring policies - has warned of the potential costs to the economy, stemming from factors such as the inevitable reduction in garages and car parts suppliers.

It’s true that workshops will take a hit to a degree, primarily in terms of servicing and repair requirements.

These are all valid concerns, but only make up part of the bigger picture.

While an outright ban on the sale of new diesel and petrol vehicles may seem daunting, it needn’t spell disaster for the automotive industry.

On the contrary, it may actually open up opportunities for aftersales departments to build on their strengths and expertise.

Electric vehicles, by their nature, require specialist equipment and technician training, capabilities which currently rest mainly within the franchised sector.

Indeed, research released by the Institute of the Motor Industry (IMI) earlier this year showed that only 1% of the mechanics in the UK have the necessary qualifications to carry out work on the high-voltage systems of ULEVs, and they are almost exclusively employed within franchised dealerships.

Sheer necessity will undoubtedly see an uptake of such skills within the independent sector over the next few years, but the important point to remember is that, for franchised dealers, the skill set is already there to build upon.

With such high levels of expertise needed to carry out work on ULEVs, motorists would be less likely to ‘shop around’ for servicing and repair work, meaning that more work could be retained within the franchised dealer sector.

Furthermore, there are unlikely to be many people brave enough to attempt DIY fixes without training and good life insurance.

From a ‘general housekeeping’ perspective, vehicles will always need certain staple repairs regardless of whether they’re ULEVs or not.

Brake fluid will still deteriorate with age at the same rate, wiper blades will wear, wheels will still be knocked out of alignment and tyres will need to be replaced (perhaps even at a greater rate given how electric vehicles are generally heavier).

It’s also important to remember that the ban on petrol and diesel vehicles only relates to new sales; conventional cars bought before the 2040 deadline can remain in use, meaning that traditional aftersales activity will have a place in the industry for a considerable length of time.

So, is the proposed ban on the sale of new diesel and petrol vehicles really set to undermine the UK automotive industry?

Or like previous changes through the decades, will it just challenge dealers to refine and enhance their skill sets in order to boost business performance?