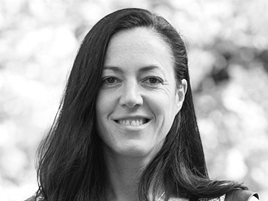 By Ana Ramirez, head of automotive at Simpson Carpenter

With Virgin entrepreneur Richard Branson urging the government to accelerate the deadline for banning new diesel and petrol cars, the debate over the UK‘s timetable for switching to electric vehicles (EVs) is hotting up.

Many have applauded Branson’s demand that the deadline be brought forward to 2025 – 15 years ahead of what the government is aiming for. However, not everyone agrees it is realistic. AA president Edmund King argued the target is unfeasible because of the current state of the technology and the lack of infrastructure in the UK.

In my view, significant technical challenges, such as the need to massively increase the number of EV charge points across the UK, mean that Branson’s deadline of 2025 is on the ambitious side. That said, I believe that if both the government and the automotive sector took a more proactive role in addressing some of the obstacles, phasing out diesel and petrol earlier than 2040 is a real possibility.

For an example of how much more ambitious the UK could be, look no further than Norway, the current global leader in electric car adoption.

Two years ago, the country announced plans to phase out all fossil fuel-powered automobiles from 2025, to help meet its climate change ambitions. The government implemented a range of generous incentives, including exemption for EVs from road tolls, ferry fees and city emissions charges. This, along with zero purchase tax, mean thousands has been shaved off the cost of buying and operating an EV in the country.

Norway now has the highest per capita number of all-electric cars in the world. In the first three months of 2018, EVs accounted for almost half of new car registrations, putting the country on track to hit the 2025 deadline.

The Norwegian government is not the only one to have launched incentives like these. Holland, which is aiming to go petrol and diesel free from 2030, has made EVs exempt from both purchase and ownership tax.

Where is the infrastructure?

In the UK, generous tax breaks won’t be enough to address the infrastructural challenges we face, not least how we will power 25 million+ electric cars when the country is already experiencing winter energy shortages. The government will need to invest billions of pounds to significantly increase generating capacity if we’re to support such a large EV fleet.

There’s also the need to boost the number of charging points around the UK. Rather than waiting for the government to plug this gap, automotive brands will need to step up to the challenge. Tesla is already showing the kind of leadership the sector needs. The company is rolling out its car charging infrastructure programme globally, with 10,000 chargers installed and thousands more planned for this year.

Traditional carmakers have been slow to respond but they are beginning to wake up to the challenge set by Tesla’s growing charger network. BMW, Daimler, Ford and Volkswagen formed a joint venture to install thousands of EV fast chargers along European motorways.

However, building a charger network that matches the real-world convenience of existing vehicles will also mean bringing down the time it takes for EVs to fully recharge. To that end, BP recently announced a $20 million investment in Israeli start-up StoreDot which builds “flash batteries” it claims can fully charge EVs in only five minutes.

While progress is being made in increasing the range electric cars can sustain on a single charge, the auto world still has some work to do to convince consumers. A recent survey we carried out in the UK found that although 24% of respondents expressed a desire to choose an electric or hybrid as their next car purchase, a third cited concern over driving range as a reason not to consider an AFV vehicle.

Automotive brands must step up their investment in the infrastructure and technology, but also work harder to convince consumers of the benefits that alternatively fuelled vehicles offer. The fact that sales of EVs in the UK have risen 11% since last year suggests that we’re heading in the right direction. However, this figure is small compared to what China (154%), Holland (60%) and the US (25%) are clocking up.

If the UK government and automotive sector can pull together to tackle the challenges holding electric cars back, there’s no reason why we couldn’t join these countries in the EV fast lane.

Even Germany, the European centre of car production and a country that could lose 100,000 jobs because of the shift to electric, has announced plans to ban petrol-powered cars from 2030. If Germany can set the deadline 10 years ahead of the UK, surely, we could afford to be more ambitious?