AM100 2018: To embrace motor retail’s future, dealers should look to its past 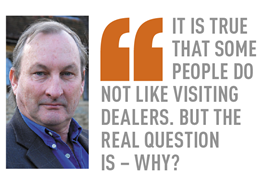 Pundits and consultants who advise the motor retail industry often focus on what they call ‘disruptors’ – electric vehicles, autonomous vehicles, mobility as a service (MaaS), exponential increases in online transactions and the virtual sales experience, to name but a few.

It is a combination of pressures from some or all of these ‘disruptors’ that led KPMG to conclude earlier this year that half of the UK’s car dealerships could close by 2025 (www.am-online.com/KPMGsurvey).

Why? If there were adequate focus on the used car market, there would be an increased need for dealerships.

The naysayers’ response may be that while there may be more transactions, they will largely be online and so the need for physical locations will still decline. Again, why? Is there any real evidence that people would actually prefer to complete the whole sales journey without consulting a specialist, or examining their potential purchase, or seeing and feeling how it actually behaves?

For some highly commoditised products, perhaps this is true. Some people are simply replacing like with like, have no great interest in what may have changed, provided it does what they want and the price is right. But what about the maintenance journey?

Far too many surveys ask the wrong, or insufficient, or insufficiently flexible questions. It is true that some people do not like visiting dealers. But the real question is – why? Often the answer is that they would love to visit the dealer, if they trusted the dealer to provide a pleasant, helpful experience that solved all their problems.

The questions about the future of car ownership and the impact of the disruptors suffer from the same problems. Perhaps more significantly, as pointed out recently by Jim Saker (www.am-online.com/SakerLondon), the questions (and therefore the conclusions) are too London- centric. London may have a large population, but it is not representative of the needs of the whole country and its views will not define the future.

The problems with congestion, pollution, parking and mobility generally in London will not be solved by autonomous cars or electric vehicles. They will only be solved by improving the public transport system. Electric and autonomous vehicles will play their part in that, but digressing somewhat from the discussion, why electric? If you count the environmental cost from mining the resources to produce the batteries and build the car/van/bus through generating the electricity to charge the batteries, to recycling the product at end of life, does it compare favourably with the alternatives?

Demonising diesel seems to completely ignore the potential for Euro 6-compliant vehicles (and beyond, with NOx-free exhausts apparently both scientifically feasible and cheap). Switching back to petrol simply reverses the gains already made in limiting CO2 emissions.

While we don’t yet have the ideal future (fuel cells?) we should be focusing on the intermediate technology that does the least damage (clean diesel?)

Returning to the advice of consultants and the potential future shape of the industry, the other matter apparently ignored by the surveys is opinion at the individual level. Autonomous cars and MaaS may make alternatives available, but who actually wants them? Or more specifically, are there enough people who want to radically change how they behave now? Many people in London and other areas of congestion have already forsaken the car. But in other areas, there are very strong motivations not to change – pride of ownership, the convenience of personalisation (the things that I want there when I want them), perceptions of reliability (will transport actually be there exactly when I want it, in the form that I want it?). I can’t see families having a ‘when we go out’ box with everything they currently have to improve life in the car, which they carry in and out every time a MaaS vehicle turns up.

The means of acquisition does not change any of that either. Even though they technically do not own the asset, many people still have pride of ownership, treat it as their own and personalise its contents. 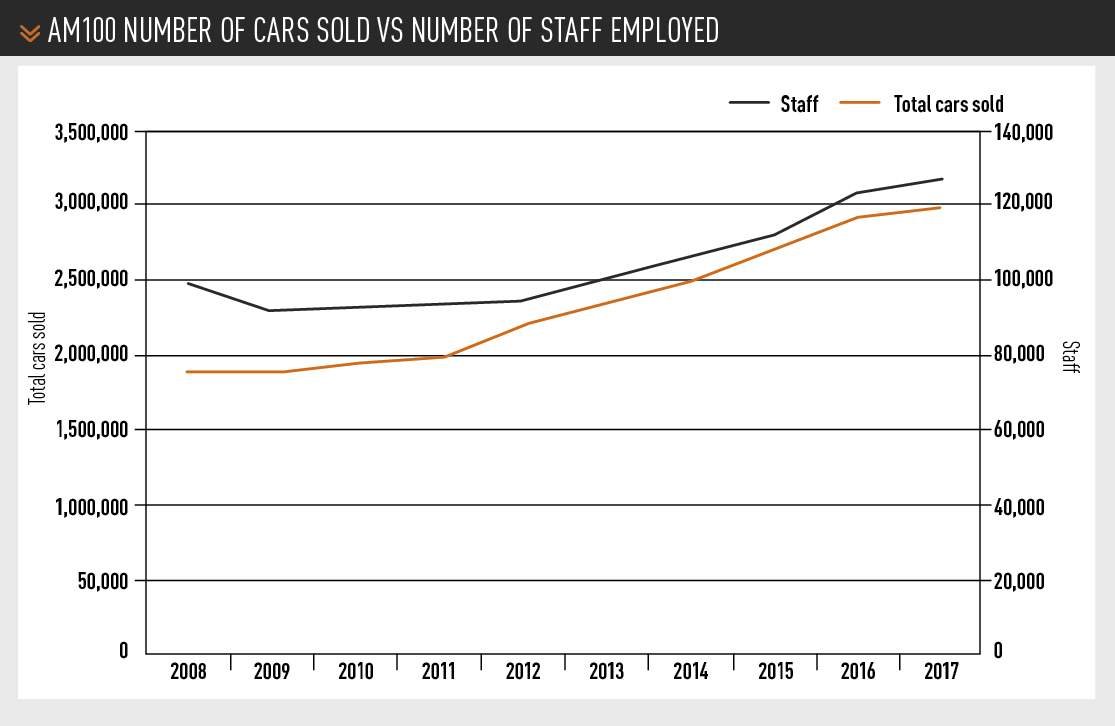 People are also not necessarily rational. It may not be sensible to have a large asset sitting around unused against the once-in-a-blue-moon necessity event. But people will still be happier having it there. This may offend some, but it is a fact that the industry is not good at delivering ‘right first time, on time, every time’ now. Why would that change, just because it is possible to develop MaaS? Put all that together and it will be a long time before many people actually see, and believe in, any benefit in changing how they perceive the car.

Surveys are all very well, but there are a number of factors that do not make them good predictors of future events, or a good basis for deciding what to do, apart from the issues discussed above regarding question design and the chosen population. Many surveys are initiated to provide a platform for consultants to sell their services. Thus, however well intentioned, there will be a built-in bias towards existing (or proposed) services or products, which themselves will have been based on the existing capabilities of the organisation or the future capabilities they are building as a result of their most recent consultation with the corporate crystal ball.

No one has a crystal ball. We all make guesses. We try to learn from history, sometimes, but mostly we ignore it. What history tells us is that we ignore individual views at our peril. If we design our business, in a real place, with real customers, based on data collected in different places, often using a flawed basis, with conclusions drawn which are equally flawed, we will design a bad business.

If we interact with people directly to find out what is required, we will do much better. Of course we must consider new and different things. Henry Ford allegedly once said that if he had simply listened to customers, he would only have tried to build a faster horse. So we must not turn our backs on progress. But equally, we should not be seduced by a perceived need to embrace outcomes that have dubious provenance.

One of the other threads is the importance of and potential for the use of ‘big data’. Again I ask – why? Why not just build relationships with customers? Find out in real time, face to face, what they like and don’t like and build a plan for each one. In a number of industries, the marketplaces are huge and the product ranges equally massive. Statistics, algorithms, analytics, etc. are the only ways they can build the necessary insights. A plan for every customer would be impossible for the supermarkets to implement. But they try, using big data and analytics and loyalty schemes. They use big data as a substitute for interactions with individual customers because of the sheer scale of the exercise.

Car retailing is not like that. The AM100 groups employ about 127,000 staff. They sell about three million used and new cars and vans a year. Each year the number expands, the number of staff growing slightly more quickly than the number of units sold.

This equates to about 24 units per staff member per annum. There are of course considerably more interactions with service customers, but the numbers are still manageable. It is entirely feasible to aim to develop a plan for every customer. Such relationship-building would also significantly dilute the impact of the ‘whose data is it anyway’ debate and such things as GDPR and whatever misconceived initiative the regulators will come up with next.

More importantly, it provides a sound base for improving retention, which is the major issue for dealers anyway. And that’s not all. The process of building such a plan would provide unrivalled information on what needs to be improved in processes, provided information from the people who operate the processes is also part of it.

An AM feature about Robin Luscombe titled ‘We do old-school car sales’ (www.am-online.com/Luscombe) describes just such an approach to customer management, and not just in sales.

Far from being ‘old-fashioned’, his approach should be the future adopted by all dealers. Rather than following the pronouncements of system purveyors and their consulting and training teams, do it with customers, gathering their preferences first-hand. It’s a lot more profitable and sustainable.

And observe the strategies of Sytner and others focusing on used cars. Put the two together and you will be able to laugh at the vagaries of the market, Brexit and the so-called disruptors.