Brexit is not to blame for vehicle value fluctuations - guest opinion 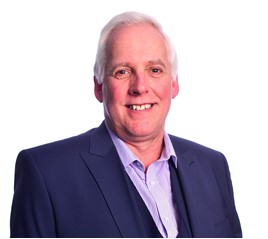 Brexit is yet to have an impact on used car values in the UK according to Cap HPI’s latest analysis of the UK automotive sector.

As yet there is no evidence that concerns surrounding Britain’s departure from the EU is having a negative effect on used car values.

We still do not know the exact outcome or timing of Brexit, or that it will happen at all. An outcome that sees tariffs on new cars is likely to be unattractive to key EU governments since the UK is a major market for their products.

However, even if that happened, the resulting reduction in new cars sales would be good news for used values, in both the short and long term.

Only an outcome which resulted in the UK entering a recession would negatively impact used values.

The latest new independent forecasts for the UK economy, issued in May, show no cause for concern.

The forecasts are for GDP growth rising from 1.4 in 2019 to 1.8  in 2023, and with interest rates, inflation and unemployment little different to the present time.

We recently announced a market correction was underway with used values dropping by 3.1% in May.

The fall in values is not related to Brexit concerns but is the result of a market correction, which has occurred for a number of reasons.

Used petrol values had become too high from mid-2017 to mid-2018, as a result of demand outstripping limited supply.

Values have fallen steadily since mid-2018 due to increased supply.

Used diesel values had held steady for a long period, but strengthened in late 2018 due to WLTP impacting new car deliveries and part exchange availability, now that situation has passed, and diesel values are softening too.

Comparing the value of a used car now, with the value of exactly the same model at the same age and mileage a year ago, our analysis shows that values have deflated on average across both fuel types by approximately 5.8% over the last 12 months.

It demonstrates a return to the market conditions which prevailed for several years until the start of petrol strength in 2017.

In those conditions, deflation of around 5% to 6% per annum was considered normal, with some variation by sector and fuel type.

In the context of forecast economic stability, there is no reason to expect further significant falls in used values as we move through the remainder of 2019, other than fairly normal monthly seasonality, although there could be a little further reduction since fleet returns to the used market will continue to increase in volume until 2020.

This re-balancing of supply and demand is likely to be the key driver of used values over the coming months, rather than any Brexit worries. 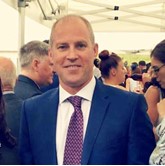 Are consumer ready for the future of mobility? A guest opinion

Are consumer ready for the future of mobility? A guest opinion 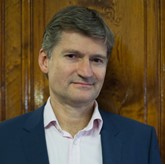