What car dealers can learn from ‘total rugby’ 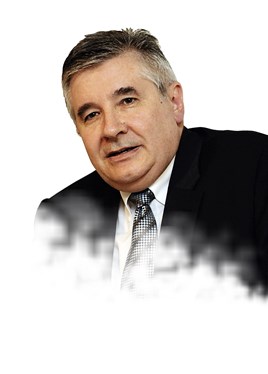 As I watched Japan end Scotland’s chances in the 2019 Rugby World Cup recently, I reflected on a chance meeting several decades ago.

I was invigilating an exam at Loughborough University when I met Jim Greenwood, who had also been given the rather tedious job of watching students sweat over exam questions.

Greenwood was a former Scottish rugby international, who had played with the British Lions in the 1950s, and he was teaching and coaching at Loughborough. Rugby was still amateur and the university played against the likes of Leicester Tigers, Wasps, Harlequins and other strong teams.

His challenge as a coach was to help the students to compete in that situation, to come up with a strategy that would give the smaller players the opportunity to play effectively.

He described the approach in his book, Total Rugby. It transformed the roles on the pitch and introduced the concept of 15-man rugby, with every player involved.

One of those he influenced was a pre-knighthood Clive Woodward, who went on to coach England to win the Rugby World Cup in 2003. Sir Clive states in his autobiography that Greenwood’s is “the only rugby book I’ve ever read”.

Soon after that exam hall encounter, Greenwood left Loughborough for the University of Tsukuba in Tokyo, where he set up Japan’s national rugby coaching structures.

The Japanese players were smaller than those in the major rugby-playing nations and, as at Loughborough, their style of play and approach had to be different if they were going to compete.

So, what relevance does this have to us in the retail automotive sector? I am often asked about the future of car retailing. Will small dealerships survive? How do you compete against the big players? How does the High Street compete  against Amazon?

Greenwood’s answer was to break down the structures and silos that restricted what people did and how they reacted. Everyone was empowered to run with the ball, everyone took responsibility, everyone needed to be fit and agile to respond to the challenges facing them. He emphasised technical excellence and detailed preparation.

Large organisations often end up with structures that restrict the speed of response to customers. A smaller organisation with empowered and well-trained employees be more agile agility and end up gaining business against larger competitors.

As Scotland walked off the pitch having been beaten by Japan, I wondered whether Greenwood, who died in 2010, would have been sad for his home nation or pleased that his approach to the game, so readily embraced by the Japanese, had been successful.