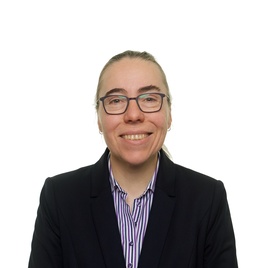 Does HMRC’s new VAT policy on the costs of charging electric vehicles (EVs) stack up with the government’s wider environmental goals?

Will the tax incentive to charge vehicles at home further increase the pressure on the already overloaded electricity grid?

HMRC has published a brief explaining the VAT position of charging electric vehicles and business’ entitlement to recover VAT on the cost.

While the clarification is helpful, HMRC seems to have missed an opportunity to update the VAT system to encourage further take up of electric vehicles, an important part of the government’s broader environmental agenda.

HMRC confirms that charging an electric vehicle at a charging point in a public place (e.g. in a car park, petrol station or on-street parking space) is subject to VAT at the standard rate of 20%.

This supply of electricity is not covered by the 5% reduced VAT rate that applies to fuel and power for domestic use, nor by HMRC’s ‘de minimis’ rules where supplies of certain small quantities of fuel and power are always treated as eligible for the 5% rate.

HMRC says this is because the electricity is supplied at various public places rather than to a house or a building and is not usually an ongoing supply to one person where the rate of supply can be calculated according to the normal VAT rules for supplies of electricity.

In doing this, HMRC has applied the 5% reduced rate narrowly.

least some providers of public charging points operate individual customer accounts with statements totalling their energy use, but HMRC does not seem to have considered whether this information could be used to support the 5% VAT rate under the de minimis rule.

Also, the brief does not mention where the line is drawn between domestic and public charging of vehicles.

RSM has seen HMRC refuse the reduced rate on the use of charging points in the communal car park of a block of flats because the charging points are not ‘attached to the customer’s premises’.

Can the VAT be recovered?

HMRC says that a sole trader may recover VAT paid on charging their vehicle at home for business purposes, but must apportion their electricity bill between business and private use.

They can also recover VAT on charging an electric vehicle for business use at other places, subject to the normal input tax rules.

However, employees cannot recover VAT on charging an electric vehicle at home for business trips because the supply of electricity is made to the employee and not to the business.

Where employees charge an employer’s electric vehicle (that is used for both business and private purposes) at the employer’s premises, only the VAT on the business element may be recovered.

HMRC requires a record to be kept of their business and private mileage so that the employer can work out the amounts of business use and private use for the vehicle.

This is noticeably less generous than the VAT regime HMRC applies to petrol and diesel vehicles.

Businesses had been hoping for broadly equivalent rules for recovering VAT on electric vehicle charging, such as the option to pay VAT on private use by standard scale charges instead of keeping detailed mileage records, or enabling employers to recover VAT on mileage allowances paid to employees for business trips.

The government’s long term plan is for all vehicles to be electric, which means that instead of paying 20% VAT on filling up at petrol stations, the majority of road fuel will be taxed at 5% VAT on the electricity used to charge them from home.

It is possible that HMRC’s restrictive approach to their VAT treatment anticipates this gradual loss of revenue from motorists.

However, what’s more likely is that its new policy has been rushed out as a quick response to a frequently asked question on its customer helplines.

There’s also a risk that the tax incentive to charge vehicles at home will further increase the pressure on the already overloaded electricity grid.

Either way, motorists and businesses would welcome a more thorough review to take VAT on motoring costs into the greener future. 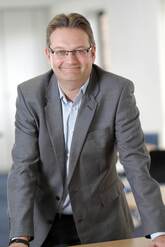 It's time for car retail to focus on 'holistic' online sales, opinion

It's time for car retail to focus on 'holistic' online sales, opinion