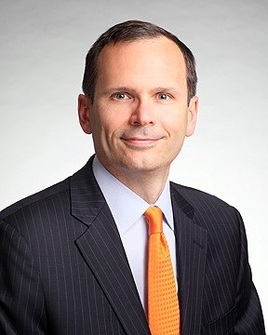 2021 has been a pivotal year for the automotive industry in many ways. In particular, sales of electric vehicles (EVs) have boomed in numerous countries, most notably in Europe and China.

In August, sales of EVs in Europe overtook diesels for the first time despite an overall market decline of 18%. In this same month China achieved a new all-time monthly sales record surpassing the previous one set in June 2021 by 22%.

To some extent, this growth has been prompted by political pressure to phase out internal combustion engine vehicles (ICE) with government incentives targeted to EVs purchase.

Moreover, as consumer demand for EVs has grown, many European manufacturers have set ambitious targets to develop their EV offering, hoping to benefit from this evolution and maintain market share.

However, the industry faces a number of key obstacles to a wider uptake of EVs – the most pressing of which concerns EV product costs.

In short, how can manufacturers drive down production costs and make EVs more affordable for customers as government incentives are rolled back?

Not only this, but on average EVs in Europe are around 30% more expensive than their petrol and diesel counterparts – in the UK this price gap jumps to around 50%.

Over the last decade, government incentive programmes and subsidies have been a lifeline for western manufacturers, reducing the costs of EVs and increasing their appeal to customers. However, as these are phased out it is  unclear how established OEMs will hit their sales targets and fend off the advances of Chinese manufacturers, many of whom are setting their sights on the European market.

Why China leads the race

Over the last ten years, China has made clear moves to establish its domestic EV offering.

While Chinese manufacturers arrived late to the ICE market, the government recognised that EVs provided an opportunity to take a leadership position against their Western competitors.

This, combined with the increasing severity of air pollution and robust initial government support, helped Chinese OEMs reduce production costs and over time reduce their reliance on further incentives to produce affordable EVs.

Western OEMs are producing vehicles through an outdated operational model in which factories, repair centres and dealerships all centred around ICE cars.

While regulations are encouranging the industry to think and breathe electric, many manufacturers are far behind in shifting their production chains and business models.

Responding to China’s head-start in the race for electrification, some western OEMs have taken clear steps to reduce production costs and improve profitability.

Tesla has seen encouraging results with plans to boost its manufacturing capacity – with two new production plants – it looks on track to make more affordable EVs in the near future.

Of the incumbent OEMs, Volkswagen has often been mentioned as a potential rival to Tesla, due to the success of their ID family across a range of segments.

Shifting away from traditional powertrains and making significant investment in new infrastructure, the company is betting that its EV alternatives will pick up where the old consumer favourites left off, keeping customers interested in VW even in the brave new world of EVs.

Producing affordable EVs is only half of the challenge. The other half lies in OEMs ability to developing EV offerings that truly appeal to consumer preferences.

For instance, last year, 44% of the overall global demand for passenger cars were for SUVs, however they only accounted for 25% of the combined sales for passenger EVs across China, the US, and Europe.

Manufacturers must translate existing consumer demand for internal combustion engine (ICE) models into their EV line-up all the while finding avenues to reduce production costs.

Despite progress, there is still a long way to go before we see EVs displace the most popular petrol and diesel vehicles.

Constant advancements in vehicle technology and supporting infrastructure demonstrate how manufacturers are responding to the EV revolution, but until pricing becomes more competitive it will remain a key barrier to a more rapid shift away from ICE models.

The pledges from OEMs to phase out new sales of petrol and diesel vehicles reflects the industry’s ambitions to hit government emissions targets and address consumer demand, but inevitably this involves a period of targeted investment before OEMs and consumers can reap the rewards.