One of the things that has changed due to COVID and, to some extent, Brexit is that commonly held mantras of good management have started to be questioned.

One of the major ones that dominated thinking in the motor industry was the Just in Time (JIT) manufacturing and supply chain management.

The concept was based around both production efficiency but also financial acumen. Having things delivered to a factory as close to the time when they were needed for the production line meant that the size of storage facilities could be minimised and costs drastically reduced.

The impact of COVID has been to make what were regarded as secure supply chains vulnerable. Supply chain vulnerability – whether it be through a pandemic or a super tanker stuck in the Suez Canal* – challenges the whole JIT concept.

The supply chain is only as strong as its weakest link. The question is whether manufacturers will have to rethink their approach by having greater buffer stocks at increased costs to allow for supply continuity.

The semiconductor shortage was down to the motor industry cancelling orders because production lines had stopped or slowed and, as a result, the electronics industry found more lucrative markets. Re-engaging with these suppliers appears to be a greater challenge than expected. Maybe in a world of increasing uncertainty JIT has had its time and a new model based on buffer stocks will be the way forward.

Another aspect of this, partly based on the Brexit rules, will be the localisation of supply. The days of global supply chains for the motor industry in Europe appear to be over with a rush to have critical components produced locally.

The idea of forcing carmakers to produce locally, usually with national Government support, gives reassurance as well as creating political goodwill. For years, China has adopted this strategy and on the back of the inward investment has built a large and prosperous motor industry.

The general management hermeneutic was to turn used cars over on or around a six-week cycle. The issue of new car supply has led to the 28% year-on-year rise in used car prices and has meant there was almost an incentive for dealers to hold stock for longer and watch the price continue to rise.

With supply problems likely to continue well into 2022 and beyond the challenge will be to come up with a stocking and pricing policy that reflects the changes in the new car supply pattern.

The difficulty is that this will vary between manufacturers, and products within their car ranges. The most successful dealers will be those that can reflect the shortages in the new car market with supply of used vehicles that counter those shortages.

Whichever way you look at it – Just in Time seems out of time.

Author: Prof Jim Saker is director of the Centre for Automotive Management at Loughborough University’s Business School, president of the Institute of the Motor Industry (IMI) and an AM Awards judge.

*This opinion article was written for the February edition of AM magazine, prior to the outbrealk of war in Ukraine. 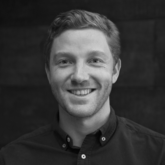