Opinion: Is your HR department a barrier to workplace diversity?

In his latest monthly opinion post for AM Professor Jim Saker draws on his experiences with the IMI's Diversity Task Force to question the role of car retail's HR departments driving diversity in car retail.

Read on to discover the potential pitfalls that can arise:

Sometimes, when you are working on a project, sub-themes emerge that are unexpected.

While undertaking research for the Institute of the Motor Industry (IMI) Diversity and Inclusion (D&I) report issues started to emerge around the role of HR in our sector.

From a diversity perspective, the HR function is usually mixed, especially with respect to gender, and would normally be a group fully engaged with diversity issues.

Some of the IMI findings started to suggest that this was not the case and that some HR practitioners appeared to be a barrier to diversity activities being supported.

For me, the issue was crystallised while sat on the Milton Keynes Red Bull Campus at the Autotech – Talent Recharge 2022 conference.

I had been asked to say a few words about the D&I project and had been put on a table with a group of interesting people from different parts of the industry.

We were asked to discuss our ability to gain, train and retain talent.

The person to my right said they had got rid of their HR department because ‘all it does is to protect the company from its employees’.

Although, when written down, that sounds a bit harsh, I fully understood what was being said.

Several times during the project we came across incidents when it appeared that the objective of the HR function was to try to suppress issues and stop them from being escalated to top management.

HR success seemed to be measured by creating a quiet life for the most highly paid in the organisation.

Issues such as potential racial discrimination or misogynistic behaviour appeared to be reported at HR level, but went no further.

KEPT IN THE DARK

The interesting thing is that, when one talks to senior managers of organisations, due to them being kept in the dark about incidents, it comes as a surprise when issues emerge.

Senior management members in most companies want a diverse and motivated workforce. But, if that same group of workers is frustrated that their issues are not taken seriously, then it is unlikely that a high-performance environment will be produced.

The problem is that, as opposed to the toxic behaviours going away, they will only get worse.

If a complaint has been made, of course it should be examined within HR.

However, if it falls into the area of race, gender, or disability there is a need for senior management to be involved.

Having diversity and inclusion policies at the top of the organisation without having effective feedback can breed disillusionment when cases are not addressed.

It is important that HR is a conduit and not a blocker, the focus of the HR function has to be proactive and not protective when it comes to D&I. 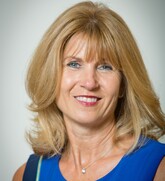 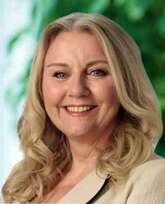