Focus on fleet pays off for Civic 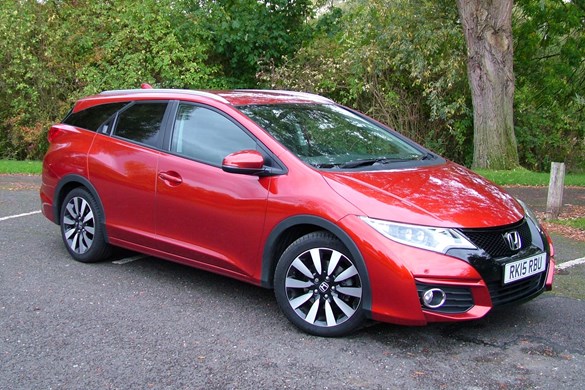 The fortunes of the ninth-generation Honda Civic, while positive in 2015, are proving mixed for dealers so far this year.

Civic sales in fleet and retail have been improving with a 3% increase year-on-year in 2015 and this year for the first two months, registrations are up a little over 24% year-on-year.

However, it’s the fleet market that’s playing a significant part in the Civic’s success, with year-on-year fleet registrations up 98.8% so far this year.

Phil Webb, Honda UK’s head of cars, said it started a major review of its fleet sales operation 12 months ago, focusing on Honda Contract Hire, which is paying off. It motivated the retail network to focus on this market in tandem with existing corporate operators, he said.

“This strategy is now bearing fruit, resulting in the volume growth and a 50% growth in the number of retailers operating in our contract hire product. The leasing order rate has quadrupled.”

The Civic is suffering in the retail market, with registrations down 26.9% in the same month.

David Cox, managing director of Cox Motor Group and Honda dealer council chairman, said: “The current model is not the car its predecessor was, which was remarkable. And Honda came late to the PCP party.

“But the network is satisfied that Honda is now providing the financial support we need to compete strongly against the competition, particularly on RVs and with the impressive 1.6 diesel engine in the range, to see us through to the 10th generation Civic, shown at Geneva Motor Show this month, which looks to be a cracker.”

Honda’s dealers feel positive about the brand. In the latest National Franchised Dealer Association Dealer Attitude Survey, published earlier this month, they gave it an above average score – 6.6 out of 10 – in rating Honda overall. This was up from 6.3 in the summer and 5.5 in winter 2014. The latest score put Honda above competitors Ford, Vauxhall, Toyota and Škoda.

Satisfaction levels on the amount of profit in the brand was put at above average by Honda dealers in the survey.

What’s being said about the Civic Tourer

Although it’s closely based on the hatchback, there has been a considerable amount of fine-tuning, over and above the addition of that new bodywork at the rear. In effect, the Tourer is new from the rear pillar back.

The range-topping EX Plus model is cheaper than it used to be and comes with a list of features as long as your arm, including LED headlights, keyless entry, leather upholstery and a touchscreen with sat-nav.