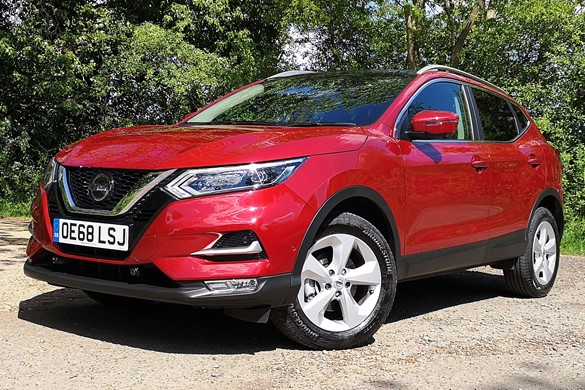 As the date for the Qashqai to be collected looms, it’s appropriate to consider what the future holds for the car. In the six months I’ve been its custodian, I’ve mulled over a number of points regarding this SUV.

For example, while it was a game changer in the market 13 years ago, it’s in need of a dramatic reinvention. While it leads its segment for market share this year (14.3% as of October) and registrations are up 4.1% YoY, the mark two model is six years old. It’s being assailed by a host of competitors, from Volkswagen, Ford, Kia and Škoda among others.

What would be a giant leap forward for the Qashqai? An electric version is the most obvious answer. AM editor Tim Rose wrote in his welcome to the December issue that there are 30 new electric models coming in 2020. Surely Qashqai is one of that number?

There’s nothing official to support this, but there are rumours and consumer magazines are claiming exclusive reveals of the next-generation Qashqai due for launch next year. At the moment, it’s believed the IMQ concept unveiled at the Geneva Motor Show this year will become the mark three model.

AM sister-title Car said this about the powertrain in the IMQ (carmagazine.co.uk/car-news/first-official-pictures/nissan/imq-concept/): “It’s an EV. The battery is the same tech as in Nissan’s Leaf, but it’s smaller because the 1.5-litre petrol acts as a range extender.” A pure EV is judged a “step too far”, so expect a hybrid, not dissimilar in technology terms to the Mitsubishi Outlander PHEV.

If true, this should add a spark to its image and a sizzle in the showroom.