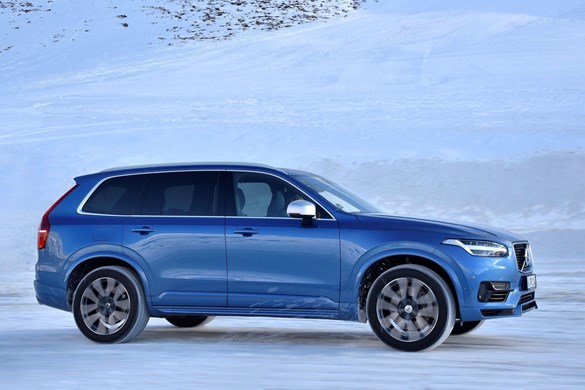 The arrival of the XC90 in T8 plug-in hybrid guise means Volvo dealerships can better target company directors, due to the taxation benefits it brings.

The Swedish brand has trained its dealers to promote the advantages the 49g/km CO2 petrol electric hybrid SUV provides to business owners and senior managers, such as up to £11,470 corporation tax relief at the 20% rate. And because of its 49g/km CO2 emissions, the XC90 T8 qualifies for a 100% first-year allowance, so the entire cost of purchase can be written off by companies in the first year of ownership.

Volvo dealers’ message to senior managers with company cars is similarly one of affordability. The 5% benefit-in-kind taxation rate that its emissions band brings reduces the buying company’s Class 1A National Insurance Contributions and will cost a higher rate taxpayer just over £1,200 in annual company car tax. In comparison, put that same driver into the D5 turbodiesel XC90 and they’ll pay almost £5,000 in BIK tax.

The XC90 T8 packs all the standard comforts and premium features of the petrol and diesel models launched last summer, including all-wheel drive, a 9in touchscreen with sat-nav and connected infotainment, leather upholstery, and a powered tailgate. However it also comes with a panoramic sunroof, four-zone climate control, a crystal glass gearknob and an auxiliary heater to warm the cabin ahead of starting a journey.

Its underpinnings are quite different too. Powering the front axle is a 315bhp turbocharged and supercharged petrol engine, while the rear axle is driven by an  86bhp electric motor. Depending on road conditions and the electronic drive mode selected by the driver (from Pure, Hybrid, Power, AWD and Save), the T8 can propel itself in front-, rear- or all-wheel drive.

As a result, its official test figures for both performance and economy are outstanding. This is a 2.3-tonne seven-seater that will cover 0-62mph quicker than a Porsche Boxster, and which under test conditions has achieved 134.5mpg economy.

Of course that economy claim is ludicrous in real-life use, so sales executives must emphasise the ‘test conditions’ bit. Only owners who plug in their T8 every night and gently commute, under pure electric power, 10 miles each way to the railway station and back are likely to come anywhere close, because they’ll rarely need to fill the 50-litre petrol tank. Officially, the T8 can cover up to 27 miles on electric power alone, and its 400V  9.2kWh lithium-ion battery can be charged in between three-and-a-half hours at 10 amps and six hours at six amps.

For companies able to use the full first-year writedown allowance, the T8 makes perfect sense. Micro-businesses that cannot ought to be advised on other options, however. The overall three-year running cost they’d incur for the T8 could be almost 30% higher than if they chose the turbodiesel, which has a P11D price almost £15,000 lower. 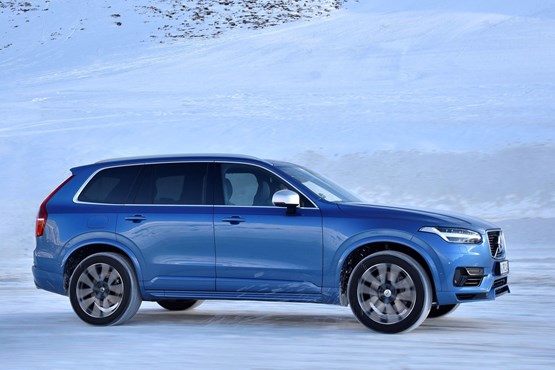 What’s been said about the Volvo XC90 T8

We like the XC90 more than any other large SUV at the moment and there’s very little reason to overlook the T8 based on the way it drives. Whether this is the right version for you will just come down to the sums.

Left to its own devices, the default hybrid mode has the T8 delivering armchair comfort in a calm, quiet and reassuring manner, irrespective of speed.

The XC90 has reinvented Volvo’s presence in this sector, and the T8 Twin Engine is in a strong position even compared to rivals’ plug-in hybrids. However, as is the case with all similar products, getting the most out of it isn’t simply a case of gentle driving – long-distance drivers could still be better suited to the D5 diesel.