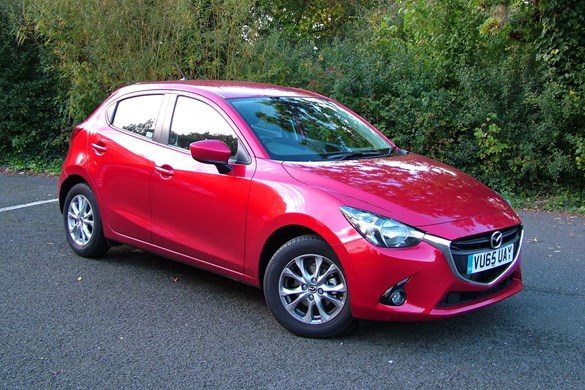 The fourth-generation Mazda supermini came to market with significant expectations for the brand, which is seeing its influence on the market re-emerge with a burst of new models sporting the new Skyactiv petrol engine.

Mazda pulled out all the stops to ensure as much market appeal for the 2 as possible, from its March on-sale date to having two models touring each

dealership in the network with an invitation-only guest list for the car’s legions of fans.

“The Mazda2 is our best-selling model in the UK and its successor marks an important milestone for the brand,” said Jeremy Thomson, Mazda UK managing director, when the car launched.

As well as featuring the ‘Kodo – Soul of Motion’ body styling, Mazda has also maximised usage of the range of ultra-efficient Skyactiv engines.

The diesel’s efficiency figures of 83.1mpg and 89g/km CO2 compare favourably with our petrol’s 62mpg and 105g/km respectively.

The small car is Mazda’s top seller this year, with a retail/fleet split of 75%/25%.