Mazda2 sales on track for a blistering March 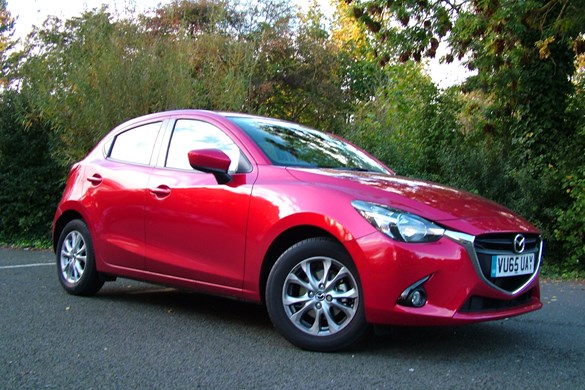 Before the plate-change campaign began on March 1, Mazda UK made a big noise about the Mazda2 supermini, which is reaching the first anniversary of its arrival in this country.

New car registration data suggests the investment and hard work of the dealer network have paid off. In February, the registrations of the Mazda2 jumped 59%, or exactly 500 units, more than February 2015. Almost 300 of those extra registrations were in the retail segment.

Along with the volume increase in the retail market, Mazda has boosted the volume of Mazda2s it puts into the fleet sector. As of the end of February, the split for the supermini’s registrations was 35% fleet and 65% retail, whereas at the end of 2015 it was 24% fleet and 76% retail.

That fleet segment includes Motability, where a high-specification SE-L Nav model, in manual or auto, can be selected with zero advance payment.

To increase its appeal to retail buyers, the Japanese carmaker has expanded the Mazda2 range with a Sport Black special edition. Priced from £15,595 and only available in 90hp 1.5-litre petrol guise, it comes with glossy black design features on its front and side airdam skirts, door mirrors and rear spoiler and gunmetal-coloured alloy wheels with red decals.

On March 1, the Mazda network’s first deliveries of 16-plate cars coincided with a PR boost for the Mazda2. It scooped the Best Supermini accolade in the 2016 UK Car of the Year Awards, ahead of rivals such as the DS3, Honda Jazz, Hyundai i20 and Seat Ibiza. The Mazda MX-5 backed it up with a win for Best Open Top Car and the trophy for the overall UK Car of the Year.