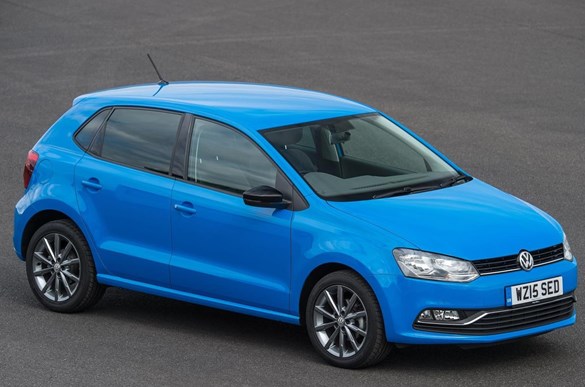 The 1.2-litre TSI petrol-engined Polo that AM is reviewing up to the end of this year is clearly not affected by the ongoing Volkswagen diesel emissions scandal.

Indeed, in September the Polo range provided good news for VW’s network. Registrations were up 714 units, or 6.9%, year-on-year to 11,026. It was the brand’s second fastest-growing model by volume in September after the current Tiguan compact SUV.

The year-to-date total for Polo has increased to 45,537 registrations, a rise of 8,765 units, or 23.8%, on the corresponding period in 2014. The figures show it is secure as the brand’s second most popular model overall, after the Golf, and has become Volkswagen’s most important car for the retail market, outselling the Golf by three to two.

After a few weeks with our long-term test Polo it is easy to understand the retail appeal of Volkswagen’s  fifth-generation B-segment hatchback. The perceived quality of fit and finish is very high and equipment levels are competitive, with all except the base-spec S models getting air-con, alloys, Bluetooth and a colour touchscreen infotainment system. To add to this, notwithstanding the current crisis, the Volkswagen badge is generally regarded as near-premium.

The car we’re testing for six months is an SE Design model. For an £1,100 premium over the SE trim, this model provides larger alloys than the SE, plus front sports seats, front foglamps, a gloss-black radiator grille and door mirrors and rear tinted windows. All this combines into a neat package that  boosts the Polo’s appeal to the younger buyer and gives a sportier look to match the nippy 89bhp 1.2-litre turbocharged engine. The only thing we miss is a navigation system, which would be £700 extra.

In quarter three, Volkswagen UK had a strong customer incentive on the Polo range, offering a £1,000 deposit contribution and 6.6% APR on a Solutions PCP plus free insurance and two years’ servicing at a fixed £149 fee.

That incentive has now been extended into Q4, although the APR has inched up to 6.7%. While the emissions concerns rumble on, it will be interesting to see how these petrol-powered Polos perform.

What’s being said about the VW Polo

Unerringly competent in every measurable way, with improved engines and safety technology, although the new VW Polo misses an element of small car fun and excitement.

This is a polished, mature-feeling, spacious supermini, and, given its specification, it’s competitively priced. It also rides well. If these are your priorities, the Polo is as good as, if not better than, any other small car you could buy. But if you’re seeking flair, chances are you’ll find the Volkswagen Polo a little dry.